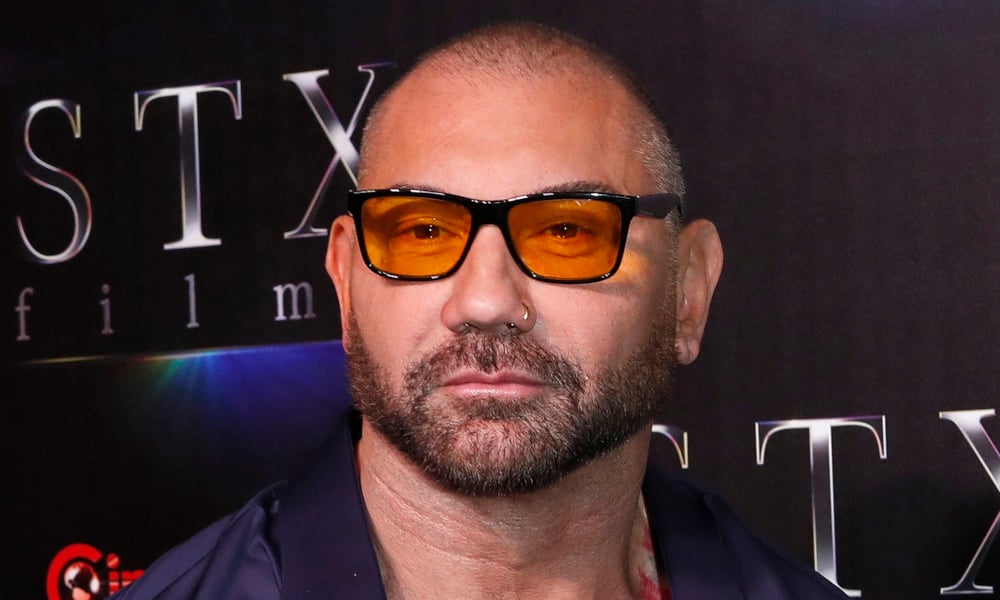 Dave Bautista Explains Why He Covered Up a Homophobic Tattoo

Dave Bautista is quickly becoming one of the most wholesome celebrities in Hollywood!

The WWE star and MCU actor sat down with GQ to give the audience what they have all been waiting for: A tattoo tour. In case you missed it, most of Bautista’s body is covered in ink, including his arms, chest, and back. “I am a storyteller, through every aspect of my life…” Bautista said in the opening of the video. “Through my tattoos I tell the story of my life.” The Glass Onion star recounts many tales throughout the 10-minute clip, including how he got tattoos while wrestling and hid his first tattoo from his father. But it’s actually a tattoo that no longer sits on his arm that has our attention.

“I have a lot of coverups. I think coverups are again a part of your story. You have regrets, you make mistakes. So you try to fix them as best you can and that’s what they are. My coverups are repairs of mistakes.”

Apart from the names of a few ex-lovers, Bautista said he covered up a tattoo dedicated to a former friend.

“This used to be a team logo,” he said while pointing to a blue rose on his forearm. “I was a part of a team, a person I considered a friend, and someone I really looked up to. And then he later came out publicly with some anti-gay statements and turned out to be an extreme homophobe.”

It’s a personal issue with me,” he continued. “My mom’s a lesbian, and I could no longer call him a friend so I had it covered up with this.”

Bautista has been a longtime supporter of the LGBTQ+ community. In June of 2022, the actor wore a rainbow t-shirt in a heartwarming post dedicated to his mom.

Who is Dave Bautista?

The actor is most known for his role as Drax the Destroyer in the Guardians of the Galaxy films. However, he recently announced his departure from the Marvel Cinematic Universe. “I’m so grateful for Drax. I love him. But there’s a relief [that it’s over],” Bautista told GQ magazine. “It wasn’t all pleasant. It was hard playing that role. The makeup process was beating me down.”

But he is far from done with acting. Bautista explained that he is hoping to find a serious role in his next project. “I just don’t know if I want Drax to be my legacy — it’s a silly performance.”

In Rian Johnson’s recent murder mystery Glass Onion, Bautista stars alongside Kate Hudson, Daniel Craig and Kathryn Hahn as a Twitch influencer named Duke Cody. His next role will see him disrupting a family’s vacation in a cabin to make a decision and stop an apocalypse. Knock at the Cabin will hit theaters on February third.

Dave Bautista Explains Why He Covered Up a Homophobic Tattoo