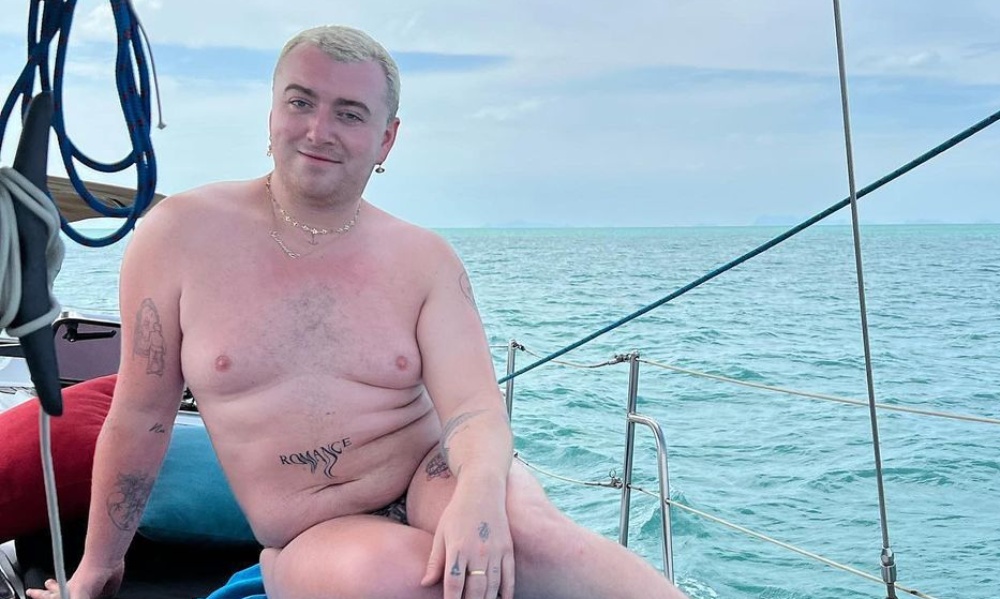 Sam Smith Has the Best Response to Internet Trolls

Grammy, Oscar, and Golden Globe Award-winning artist Sam Smith, who uses they/them pronouns, has a busy year ahead of them. In 2022 they made history as the first openly nonbinary solo artist to have a song go number one on Billboard’s Hot 100 chart. The “Unholy” singer also announced their upcoming studio album Gloria which will release worldwide on January 27. On Thursday morning, they shocked their fans when they casually dropped dates for a North American tour in the summer of 2023. The tour will first kick-off in Ireland in April. And that is only the projects we are aware of. They likely have other surprises up their sleeve.

In the weeks leading up to Gloria’s release, Smith has been taking a well-deserved holiday vacation to rest and recuperate. We love seeing the singer smiling and thriving, and the spicy vacation photos Smith has been sharing are a bonus. Unfortunately, the internet is full of cruel people.

At the Jingle Ball event last month, Smith performed alongside Kim Petras while wearing a silver sequined Valentino jumpsuit. Though the singer looked dazzling, horrible internet trolls got hold of the photos and bombarded the singer’s post with heartless body-shaming comments.

Smith has been open about their body image before. In 2019, they shared a shirtless photo with an emotional caption about their journey. “In the past if I have ever done a photo shoot with so much as a t-shirt on, I have starved myself for weeks in advance and then picked and prodded at every picture and then normally taken the picture down.

“Yesterday I decided to fight the f**k back. Reclaim my body and stop trying to change this chest and these hips and these curves that my mum and dad made and love so unconditionally. Some may take this as narcissistic and showing off but if you knew how much courage it took to do this and the body trauma I have experienced as a kid you wouldn’t think those things.”

Smith ended the note with a heartfelt thank you to their photographer Ryan Pfluger.

This time, Smith’s response to the trolls is a cheeky series of vacation photos. They first shared photos wearing a teeny weeny brown patterned bikini while wading through the stunning blue waters. This was followed up by a video of Smith and a friend strutting down the beach and photos of them lounging on a yacht. What a power move!

Their most recent post shows Smith walking through nature before stripping down and fully submerging in a forest pool. Maybe they took notes from Shawn Mendes’ recent polar plunge? Smith was previously vacationing in Thailand, but many users are certain this forest is somewhere in Costa Rica.

Keep up the good work Smith! You’re taking down those pesky internet trolls one yacht bikini photo at a time.

Sam Smith Has the Best Response to Internet Trolls