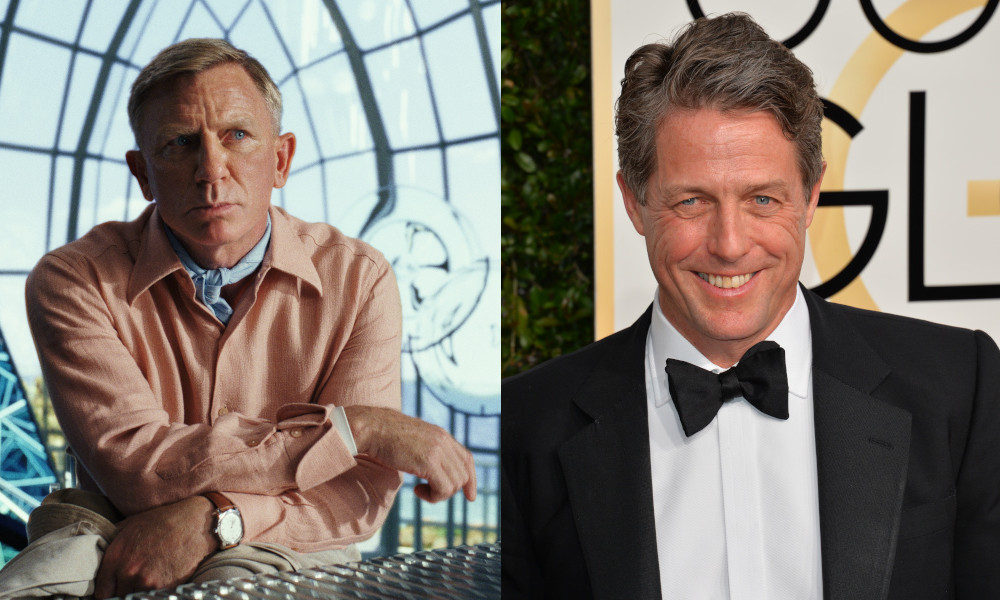 Now that Glass Onion is officially streaming on Netflix, we are slowly peeling back all the layers this movie offers. Like why a particular 90s rom-com heartthrob makes an appearance in the second act.

Creator and director Rian Johnson previously opened up about his world-renowned detective Benoit Blanc’s (Daniel Craig) sexuality. At a press conference for the London Film Festival, Johnson was asked if Blanc having a live-in male partner meant that the character is queer. “Yes, he obviously is,” the director replied. But who is Blanc’s partner? For months before the film’s release, Johnson and Craig teased the character’s identity but would not directly say who it was.

“There’s nobody in the world I can imagine in bringing me more joy for Benoit Blanc to be with,” Johnson said. Meanwhile, Craig spoke excitedly about working with the actor. “No spoilers [but] who wouldn’t want to live with that person?”

The movie hit the streaming service late last month, meaning frequent Netflix watchers have already unmasked the mystery man. I can confirm that Craig’s statement is correct. Anyone who has seen Notting Hill and Love Actually wishes they were in Blanc’s shoes right now (AKA me).

But how does Grant feel about being married to the ascot-loving detective? And how did he get the gig?

A post shared by Glass Onion: A Knives Out Mystery (@knivesout)

Hugh Grant Responds to the Role

“It is true, I’m married to James Bond,” he told Collider. “It’s the tiniest little moment. I don’t really know why they wanted to do it but anyway, I thought Knives Out one was brilliant, and so yeah, I thought why not? I turn up for a few hours…”

True, Grant’s role in the film is small, but its impact is anything but.

Grant’s voice is heard first in the film when he calls to his lover (Blanc) as he takes a bath and plays Among Us with Stephen Sondheim, Angela Lansbury, Natasha Lyonne and Kareem Abdul Jabbar. Then, during the explanation part of the film, we see Helen stroll up to Blanc’s residence and come face-to-face with Grant’s character (who needs a name). He’s wearing an adorable apron and holding some sourdough starter.

While we love the idea of Blanc coming home from a long day of sleuthing to cuddle up with his adorable bread-making partner, we need more! Rian Johnson, please bring Grant back for your next mystery movie.