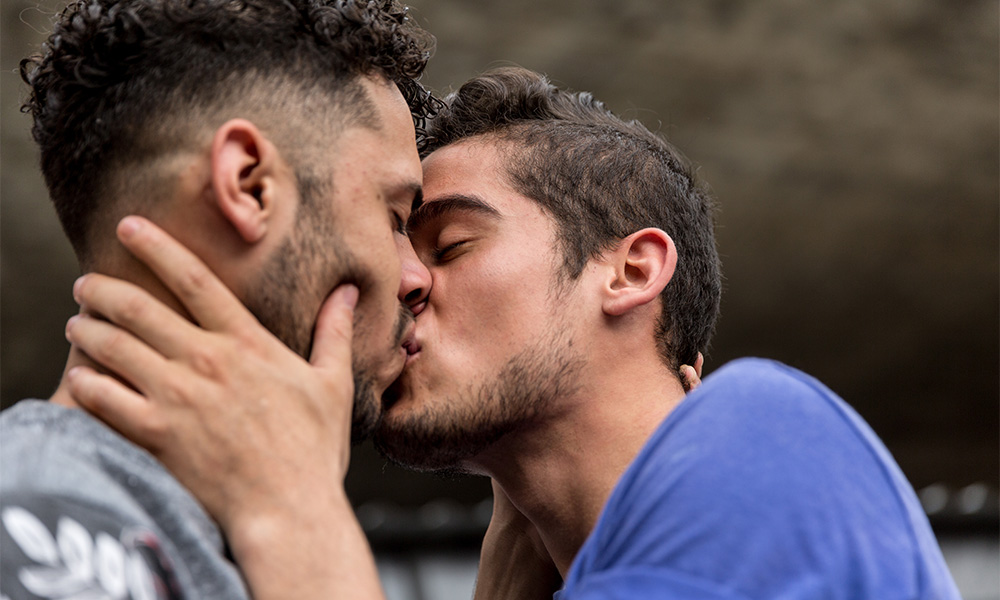 Although only a few dozen people attended the event, the LGBTQ activists who staged the kiss-in gained substantial media attention.

LGBTQ activists in Panama held a kiss-in in front of a church, the Del Carmen, to protest Pope Francis’s arrival. The Del Carmen has been a symbol of remonstrance since demonstrators rallied outside of it in the 1980s in protest of the then-dictator Manuel Noriega.

Flyers promoting the assembly read: “Let’s kiss and celebrate love.” Catholicism has a substantial presence in Panama, so even the event’s flyers provoked debate.

Television host Gisela Tuñón tweeted that she always “defends” the LGBTQ community “when they’re right.” She called the protest “unnecessary” and finished her tweet by saying: “Respect requests respect.”

Tuñón’s tweet didn’t stop protesters from assembling in front of the Del Carmen. Many wrapped themselves in rainbow flags and held signs. One said “Homophobia is a sin,” while another simply read, “We are visible.”

Several activists spoke to the press about the event. Levis Calderon told the media: “Together as a community, we are saying: We are here.” Another demonstrator, Hilka Zapata, stated: “Our call to him [Pope Francis] is that something very different is happening here to what he preaches.”

Samirah Armengol told AFP: “They say it’s disrespectful that we kiss in front of a church, but I ask them a question: Why is it not disrespectful when heterosexuals do it? Is it that I am an aberration? We exist! I believe that the Pope is more convinced of our humanity than his followers because he has already said so.”

In recent months, the media has focused on Pope Francis’s feeble views of the LGBTQ community. Although the Pope reportedly told one gay man, “God made you like that,” he reportedly rejected the validity of families with same-sex parents.