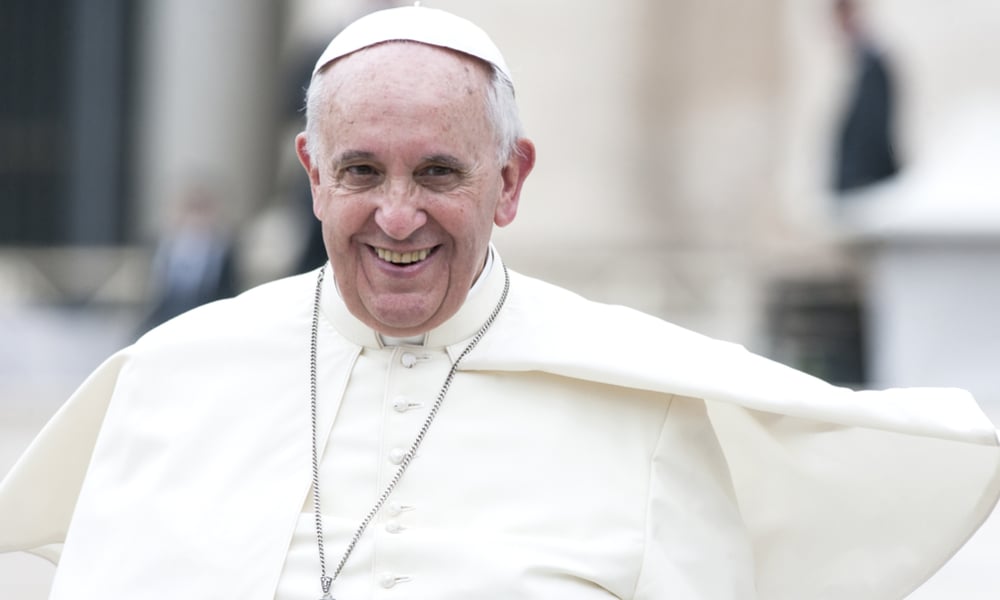 According to Juan Carlos Cruz, an openly gay man and a survivor of clerical sexual abuse, Pope Francis reportedly told him, “God made you like that and he loves you like that.” Cruz insists Pope Francis made the comments during his visit to the Vatican to discuss sex abuse involving Catholic priests.

The Pope’s words, which were allegedly expressed privately, have been called the most progressive comments ever made about homosexuality by a modern pope. “He told me, ‘Juan Carlos, the fact that you’re gay doesn’t matter. God made you like that, and he loves you like that, and I don’t care,’” Cruz told Spanish newspaper El Pais, remembering his two-and-half-hour discussion with the Pope.

I spoke for more than two and a half hours alone with Pope Francis. He listened to me with great respect, affection and closeness, like a father. We talked about many subjects. Today I have more hope in the future of our church… Even though the task is enormous.

El Pais stated that Cruz, who was victimized as a child by Chile’s most notorious pedophile priest, the Rev. Fernando Karadima, talked about his sexual orientation with the pontiff. He explained that after speaking about his experience, he received abuse for being gay.

“They had told [Francis] that I was practically a pervert. I explained that I’m not the reincarnation of San Luis Gonzaga, but I am not a bad person, I try to not harm anyone,” Cruz explained to El Pais.

Cruz says that Francis replied compassionately saying, “The pope loves you [as you are], you have to be happy with who you are.”

A Vatican representative declined to confirm or deny the pontiff’s comments, telling The Los Angeles Times, “We don’t normally comment on the pope’s private conversations.”

In the past, Francis has spoken compassionately about homosexuality, though his observations have not led to any real shift in the church’s stance on homosexuality.

In 2013, Francis said, “If someone is gay and is searching for the Lord and has good will, then who am I to judge him?” In an interview later that year, he implied that God does not “reject and condemn” gay people.