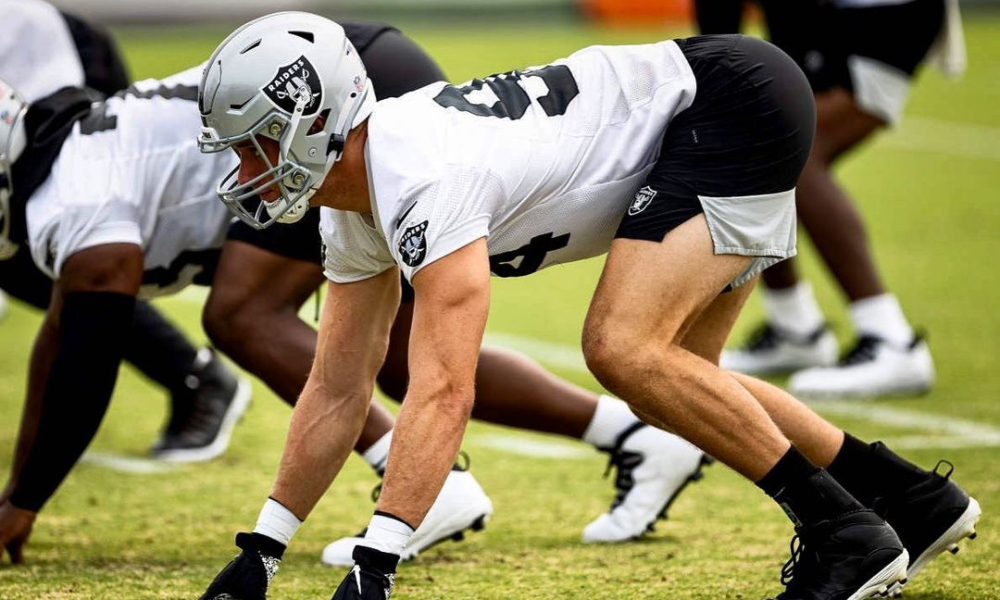 Football fans and a handful of gay guys were shocked by the news that the Las Vegas Raider’s defensive end, Carl Nassib, might be getting released from his three-year contract more than a year early.

The shocking news comes after Nassib’s recent Instagram post thanking the Raiders for their public support during his coming out last summer and their associated donation to The Trevor Project.

While it has yet to be officially confirmed, an ESPN reporter took to Twitter to share the news of his impending release and the reasoning for their decision to cut the queer player.

Carl Nassib will be designated a post June 1 release, saving the Raiders $8 million against the cap, per source. But Nassib free to find another team now. https://t.co/vdpUJ29QAz

Nassib fans shouldn’t worry — the 28-year-old footballer is free to find another team as a free agent. Since his initial third-round draft in 2016, Nassib has consistently played. First, for the Cleveland Browns and then for the Tampa Bay Buccaneers, each for two seasons.

We are sensing a trend here.

It’s not all bad news for Nassib, though. Personally, he is out, proud and thriving. Since announcing his LGBT status in summer 2021, he has since confirmed that he is already in a relationship and dating someone “awesome.”

Although his mystery man hasn’t been officially confirmed, many fans think he is subtly included in some of Nassib’s social posting. We are glad he has love and support surrounding him during this professional transition.

If football doesn’t work out, we are sure Nassib would make a great LGBT activist. After all, if you can get the gays to tune into a game during Sunday Funday, there is nothing you can’t do.