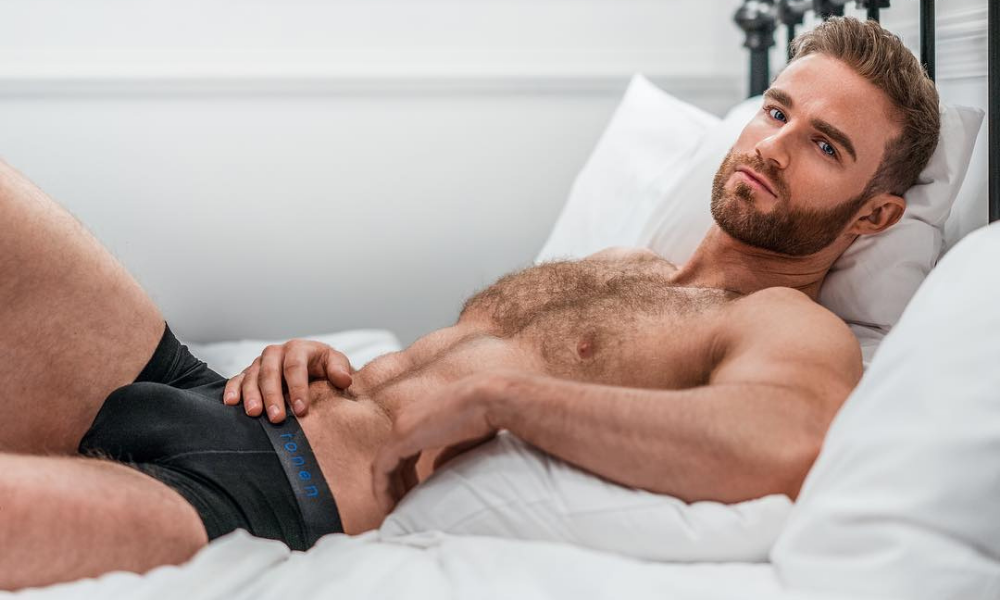 It’s been a long two years, only made longer by the absence of the Mister Global pageant. The event has been delayed long enough, however, and the event finally went ahead this week. 33 men competed in the beauty pageant this year and on Tuesday, a winner was crowned. As gorgeous as all the men were, today we’re taking some time to appreciate Mr. Global USA who also happens to be gay.

An accomplished entrepreneur, writer, model, athlete, and certified trainer on the side, DJ Davids is the whole package. Some people just gotta have it all, huh? So, let’s get to know him a little bit.

In an interview with Instinct Magazine, DJ spoke about how he “grew up playing soccer non-stop”. He even played in the premier league and on the Olympic development team. Being gay and trying to be an athlete was difficult for DJ. “I think most of us gay men have a complicated journey during our childhoods that inevitably has us feeling like an outsider,” said DJ, adding that it’s “particularly true in sports”. Eventually, DJ had heard enough locker room talk and decided to instead pursue a career in advertising. “I just couldn’t relate to any of my teammates anymore,” he added.

No Pants? No Problem

DJ caused quite a stir in 2018 when he participated in the infamous “No Pants Subway Ride” in New York. The event, organized by comedic performance art group Improv Everywhere, is exactly what it sounds like. A day where people ride the subway while not wearing any pants. If anyone asks a participant why they’ve removed their pants, they must say with a straight face that “they were getting uncomfortable.”

Did We Mention He’s Single?

Astonishingly, DJ is also single. At least as of last Valentine’s Day. “When it comes to what I like in a guy I’m usually attracted to my complete opposite,” says DJ. He spoke about wanting another half that possesses all of the qualities he doesn’t. “It also leads to a lot of tension at times which can be pretty hot,” DJ added.