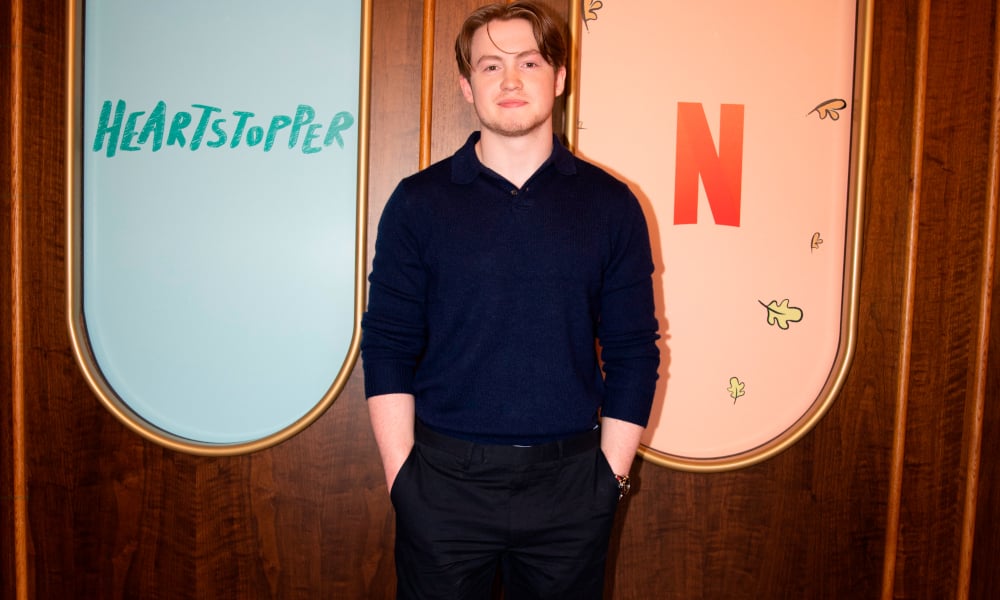 Kit Connor is calling for more bisexual characters on television. “It’s a huge community but we really don’t get much representation.”

Heartstopper star Kit Connor brought authentic bisexual representation to our screens with his performance as Nick Nelson in the Netflix adaptation of Alice Oseman’s comic. The series, which also stars Joe Locke as the shy drummer Charlie Spring, has earned a 100% score on Rotten Tomatoes and a 98% audience score. Though we’re happy to see an LGBTQ+ story top the charts, this star is calling for more bisexual representation.

“I think that the bisexual community is a community that has really a shockingly low amount of representation, especially male bisexual characters,” Connor said during a Critics Choice Award panel.

“It is shocking because a huge amount of the LGBTQIA+ community is made up of bisexual people. It’s a huge community but we really don’t get much representation.”

kit talking about bisexual representation i am in Tears pic.twitter.com/kUhxFE1GBZ

In Nick Nelson We Trust

Heartstopper follows two schoolboys who quickly catch feelings for one another after entering an unlikely friendship. Charlie’s friends warn him not to fall for the rugby king, but his heart refuses to listen. As for Nick, his crush on Charlie is unexpected and confusing. He’s never had romantic feelings for a guy, leading to a gay crisis while watching Pirates of the Caribbean and many Google searches.

Nick Nelson was a character many LGBTQ+ viewers saw themselves in, a feat the actor did not take lightly.

“It was a real pleasure to be able to portray that journey and those experiences,” he said.

Connor’s own coming out story made headlines after the young actor felt forced to label his sexuality publicly.

“I’m bi. Congrats for forcing an 18-year-old to out himself. I think some of you missed the point of the show.”