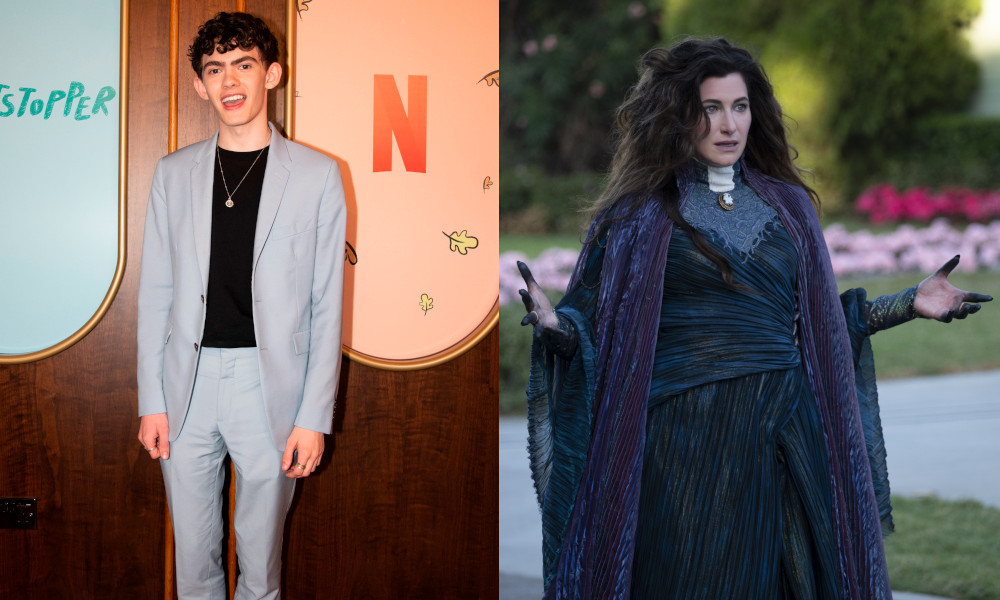 Locke is well-known for playing the shy, lovable Charlie Spring in Netflix’s incredibly queer series Heartstopper. But the 19-year-old actor is switching gears and taking on a darker and more mysterious project for Disney+.

According to Variety, Locke will join the cast of the WandaVision spinoff series, Agatha: Coven of Chaos. While Marvel keeps the plot of the series under Locke and key, we know Kathryn Hahn will reprise her role as the powerful witch Agatha Harkness. The WandaVision finale left Agatha drained of all powers and trapped as Agnes in the suburban town of Westview. This likely is where the next chapter of the story will pick up. Emma Caulfield Ford will also rejoin the cast as Dottie.

Who Will Joe Locke Play?

As for Locke, Marvel has not revealed what role he would play in the series, but fans have their theories. The most prominent one is that the star will play Billy, one of Wanda and Vision’s twin sons. Billy and Tommy were first introduced in WandaVision as babies, where we saw them grow up alongside their parents in the fake reality Wanda had created. If Locke plays Billy, we may discover what happened to the twins after the final battle between Agatha and Wanda.

In the comics, Billy Maximoff follows in his mother’s footsteps and develops the ability to warp reality. Known as Wiccan, he later joins the Young Avengers alongside his brother, Speed. Locke as an all-powerful superhero? Yes, please.

Plus, Tommy and Billy are canonically queer (Wiccan is gay and Speed is bisexual), meaning the series could deliver the authentic LGBTQ+ representation we have been craving from a Marvel project. Of course, this is all hopeful thinking at this point.

In an Instagram post confirming the news, Locke wrote, “When I found out I got an email which said ‘welcome to the marvel universe’ and I screamed.”

Heartstopper Actor Forced to Come Out

Until Marvel drops more hints about the series, you can see Locke in his role as Charlie in season one of Heartstopper on Netflix. His costar, Kit Connor has also made headlines this week for his coming out post on Twitter.

Connor, who quit Twitter in September over hateful messages and queerbaiting accusations, rejoined the app to call out those who have been speculating about his sexuality.

back for a minute. i’m bi. congrats for forcing an 18 year old to out himself. i think some of you missed the point of the show. bye

His message was met with an outpoor of support from fans and his Heartstopper castmates.

Showrunner and Heartstopper author Alice Olsen replied to Connor and said, “I truly don’t understand how people can watch Heartstopper and then gleefully spend their time speculating about sexualities and judging based on stereotypes. I hope all those people are embarrassed as F–K. Kit you are amazing.”