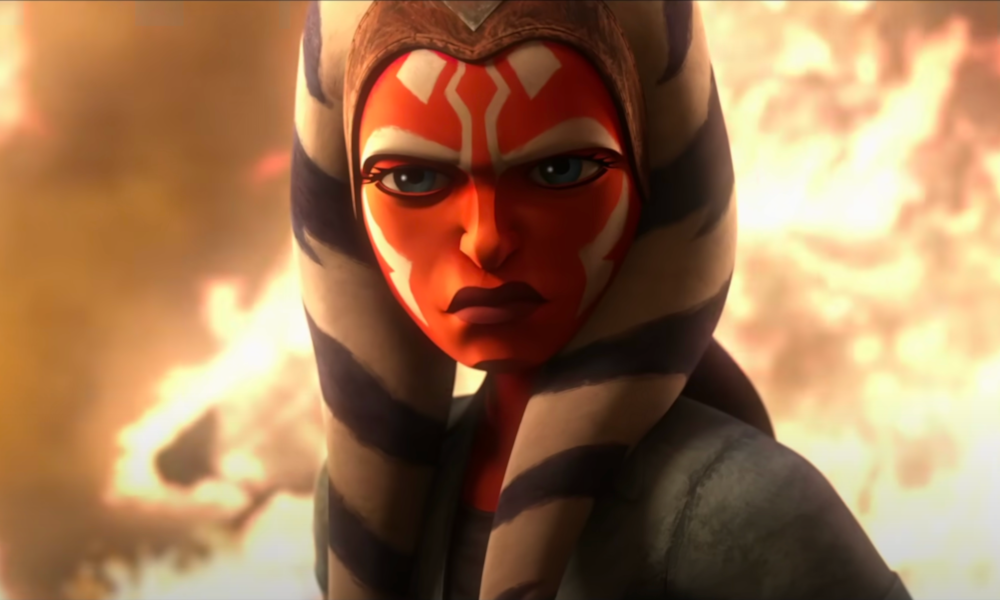 Disney’s ‘Tales of the Jedi’ Fails to Deliver Queer Representation

The latest edition to the Star Wars franchise is the animated miniseries Tales of the Jedi on Disney+. The six episodes are divided in half, with three focusing on Count Dooku while the rest tell the origin story of Ahsoka Tano. Though the series does a decent job of bridging the gaps between storylines throughout the Star Wars universe, one episode left many LGBTQ+ fans feeling disheartened.

In the final episode of the series titled “Resolve,” Ahsoka hides from Jedi hunters among a group of farmers on a rural planet. The episode pulls inspiration from the 2016 novel Ahsoka by E.K. Johnston, which takes place between the event of the series Star Wars: The Clone Wars and Star Wars Rebels.

Ahsoka meets one villager named Kaeden and they form a special bond over the course of the book. Following being saved by Ahsoka from imperial imprisonment, Kaeden, a black queer woman, admits to the Jedi that she would like to kiss her. It’s a short but sweet scene, and according to the author, their relationship is left ambiguous on purpose. However, Johnston did admit to curious fans on Twitter that Ahsoka had romantic feelings for Kaeden.

“Since Ahsoka isn’t mine to label, I tried to write her in such a way that anyone who wanted to see themselves in her, could. I know how much she means to the queer community, and because I couldn’t be specific, I went as general as possible,” she tweeted.

She clarified that Ahsoka likes Kaeden, but “she had terrible role models in the ‘managing your feelings’ department, and she’s dealing with some pretty stiff PTSD in addition to the whole, you know, on the run from the Empire thing. So.)” So this almost kiss is all we have. And the Disney+ series is not doing the queer community any favors.

“Resolve” places Ahsoka on a planet with farmers but does not introduce us to Kaeden. Instead, Ahsoka befriends an unnamed villager and her brother. Ahsoka and the villager share a few glances, but that’s it. There’s no almost kiss. There’s no confession. And then the episode ends.

The Star Wars franchise has included small nods to the LGBTQ+ community – like the two women kissing at the end of the Rise of Skywalker – but has not included a significant queer storyline in any of their projects. Ahsoka’s story is another missed opportunity for authentic representation.

Disney’s ‘Tales of the Jedi’ Fails to Deliver Queer Representation