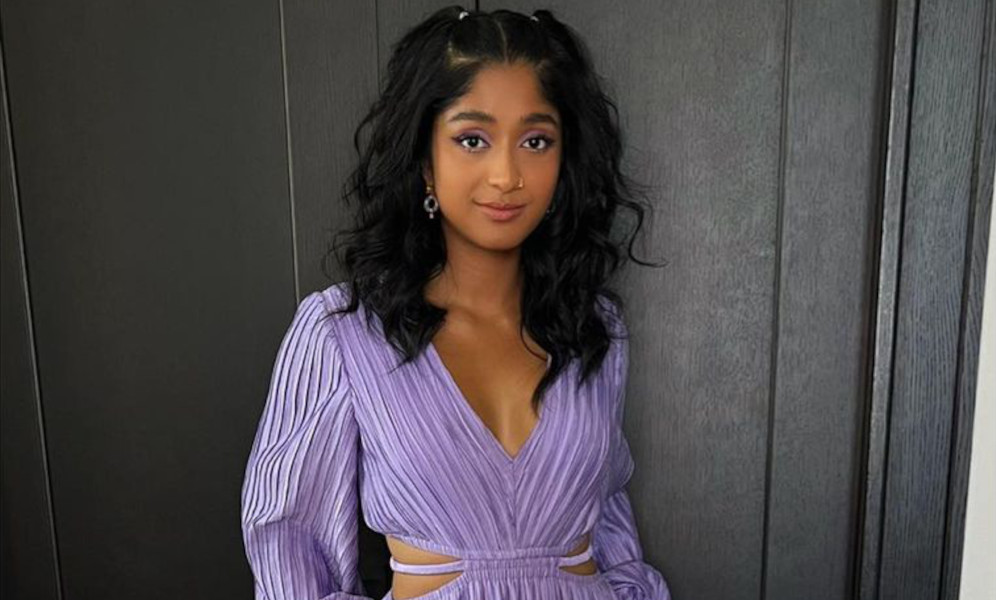 ‘Never Have I Ever’ Star Maitreyi Ramakrishnan Rejects Labels

“You are my person, and you are just the package that that person comes in,” Ramakrishnan shared.

Netflix star Maitreyi Ramakrishnan’s character in Never Have I Ever might be boy-crazy, but the actress is happily single.

A new teaser clip shared by E! shows the actress as a guest star on the E! series If We’re Being Honest hosted by Laverne Cox. The two women waste no time and dive right into a chat about Ramakrishan’s relationship status.

“Who’s in the DMs? Are you dating? What’s going on with Maitreyi and dating?” Cox asked the Turning Red actress.

Fans of Mindy Kaling’s drama series about a young Indian American teenager know that Ramakrishan’s character Devi is in a love triangle between the high school heartthrob Paxton and her former nemesis Ben (Where are my team Ben people at?). While Devi always has a new love interest, the 20-year-old said she is joyfully single.

“The other day, I said to Mindy [Kaling], ‘I think I’m just more of a badass when I’m single,'” she replied. “Right now in my life, I am so happy just doing me and being there for myself.”

The star seems open to meeting someone in the future, as long as they don’t annoy her. For her, it’s all about personality, not gender.

“I’m very much so a personality person,” she explained. “If you get that banter with me, you can read my face perfectly, I don’t care if you’re a boy, girl or in between. You are my person, and you are just the package that that person comes in. I’m very much about the personality and I don’t really do labels for attraction.”

Related | How Niecy Nash Answered Her Daughters Questions About Her Sexuality

Ramakrishnan is nominated for The Female TV Star and The Comedy TV Star of 2022 at this year’s People’s Choice Awards for her role as Devi.

Never Have I Ever is created by the beautiful mastermind Mindy Kaling and is loosely based on Kaling’s childhood experiences. She told People that each character on the show feels like a piece of her.

“One of the great things about a show like this, and creating it, is that every character, I think, represents a different side of my personality,” Kaling said at the season three premiere.

Seasons one-three of Never Have I Ever are now streaming on Netflix.

‘Never Have I Ever’ Star Maitreyi Ramakrishnan Rejects Labels