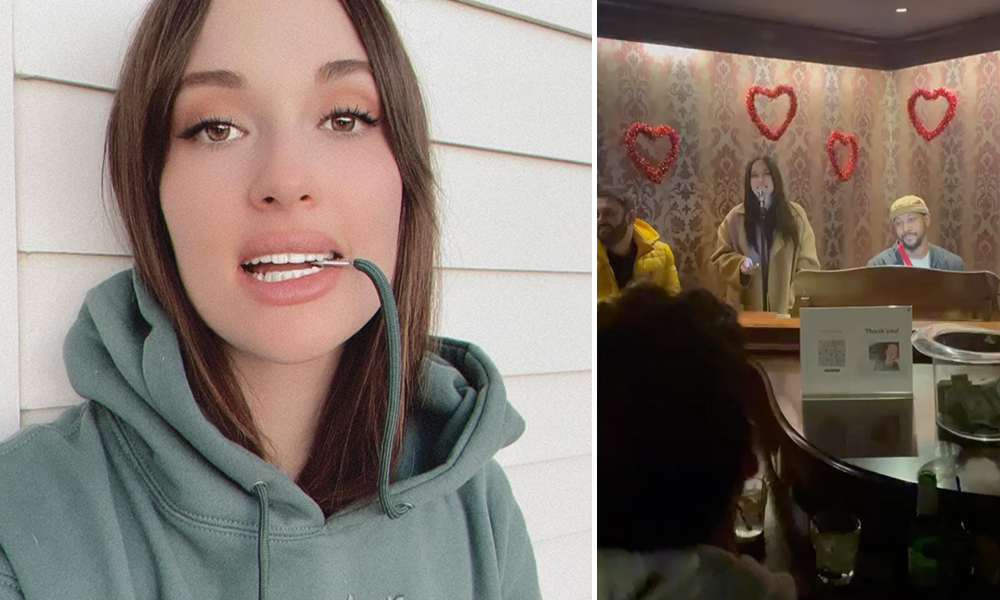 Kacey Musgraves is currently on her “star-crossed: unveiled” headlining tour, and added a surprise stop in Philadelphia.

While on tour Kacey Musgraves rolled into Pennsylvania a few days early. There she decided to give an impromptu performance at Tavern on Camac, Philadelphia’s longest-running piano gay bar. Videos from the surprise performance show her singing Fleetwood Mac’s “Dreams”. In fact, the whole crowd joins in and helps her finish the song.

There’s no word on why she decided to show up to Tavern on Camac, but it sounds like it was an unforgettable moment for those there.  While her reasoning for showing up is a mystery, her song choice isn’t that surprising. She sings “Dream” as part of her set for her shows.

The Ally We Deserve

This is not the first time she has shown love to the LGBTQ+ community. In her 2013 breakout hit “Follow Your Arrow,” she sang “Kiss lots of boys/ Or kiss lots of girls if that’s somethin’ you’re into.”

While she’s done many things to support the LGBTQ+ community since then, a favorite among the queer community is her hit “Rainbow.” In an interview with Taste of Country, she said she wrote the song for her queer fans. “‘Rainbow’ is something that I can dedicate to that community, but also to anyone who has any kind of a weight on their shoulders, she said. “They really opened my eyes up to a lot of different things that I wasn’t aware of growing up in a small town in Texas. I will always be an ally and a strong supporter.”