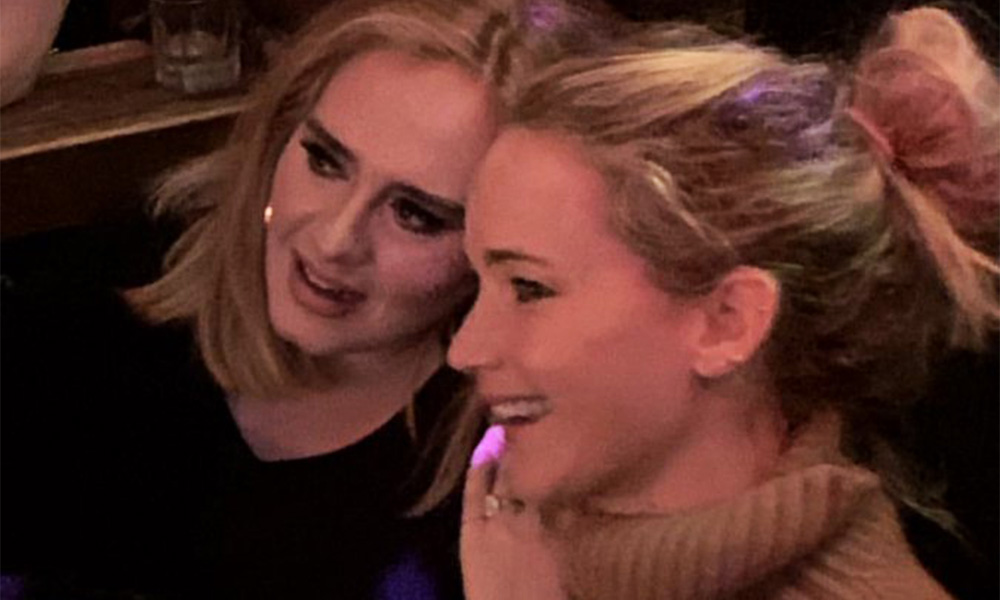 Adele and Jennifer Lawrence Get Rowdy at a NYC Gay Bar

Besties Adele and Jennifer Lawrence got their party on at a New York gay bar on Friday night.

Some speculate that the singer and actress were having a bachelorette party for Jennifer Lawrence. The Hunger Games star recently got engaged to the 33-year-old art gallery owner, Cooke Maroney.

In videos posted by bar patrons on Twitter Adele and J-Law are seen having fun onstage, mingling with Drag Queen hosts, and they also talk about drinking.

This @thebritafilter video of drunk Adele and Jennifer Lawrence ON THE FLOOR last night at Pieces deserves your attention and acclaim. pic.twitter.com/Ulh6w0W4hS

Jennifer Lawrence goes backstage to get the drag queen makeup treatment following a surprise appearance at Pieces Bar in NY with @Adele. pic.twitter.com/2IFDwDWQH2

In one of the clip, 28-year-old Lawrence is heard saying that being a bride-to-be has “nothing to do with her drinking abilities” after Adele seems to shout: “You’re f—ing engaged, you’re not even relevant to be here!”

When someone asks Adele what she does for a living she says that she’s “a stay-at-home mother,” and the crowd applauds loudly. One person tweeted about the star encounter by saying, “Randomly getting turnt with JeLaw and Adele. NBD”

Adele and Jennifer Lawrence Get Rowdy at a NYC Gay Bar