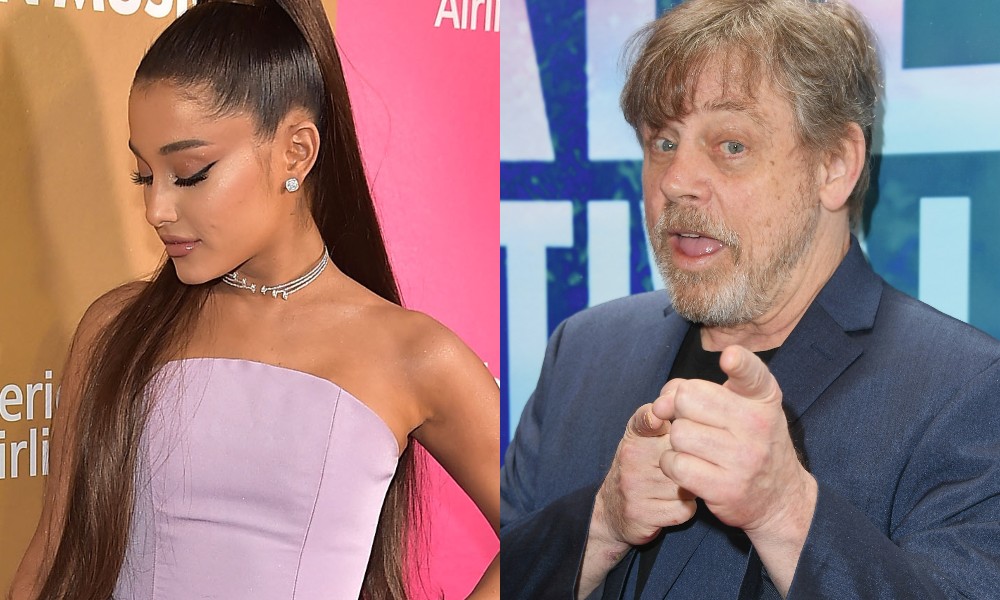 In December, Ariana Grande and Mark Hamill broke the Internet with their new found friendship. The Star Wars superstar and pop sensation starting conversing on Twitter when Hamill revealed that he did not know that “Thank you, next” was a reference to the Grande’s album. From that moment, the duo had some delightful exchanges, and now Hamill is trying to bring it back.

“Love you,” Grande tweeted earlier this week. This was obviously just a universal message of affection to her followers, but Hamill elected to have a little fun and pretend it was a direct message to him.

“Luv u 2,” he said with a quoted tweet. The singer has yet to respond to Hamill’s note, but it has gone viral with over 30,000 likes since it was posted. Numerous fans also commented on the post, thrilled to see a new interaction between the very different stars.

Related | Everything We Know About Disney’s Star Wars Resort

While we’re quietly wishing for a Hamill cameo in Grande’s next music video, the Star Wars veteran has some projects in work. Despite his character’s tragic end at the end of Star Wars: The Last Jedi, Hamill is expected to return for the next Star Wars episode.

According to StarWars.com, Leia will make an appearance in the upcoming film using unreleased footage of Carrie Fisher from Star Wars: The Force Awakens.