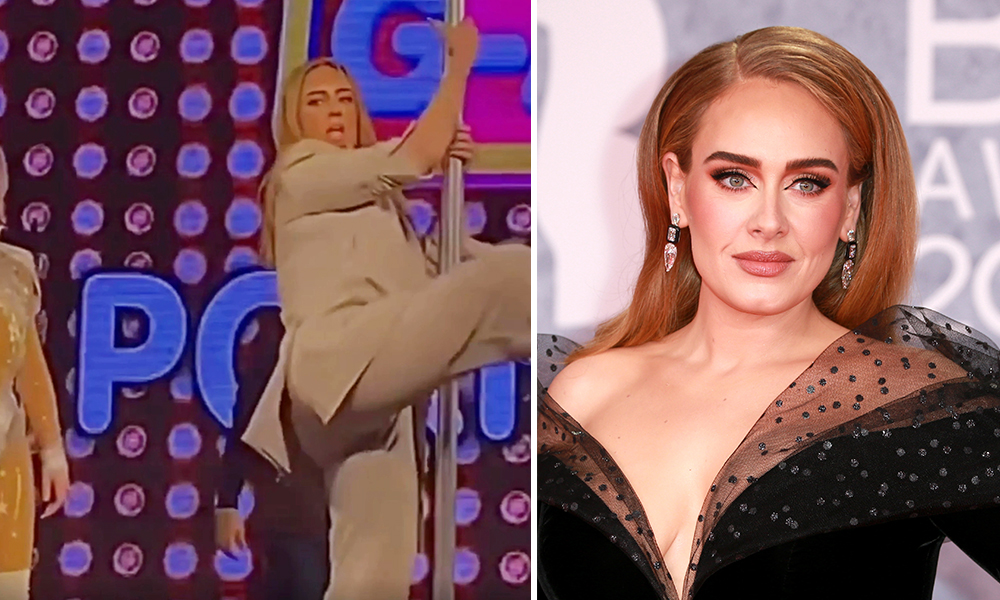 Adele Has a Night to Remember at a London Gay Bar

From the looks of it, she had a great time and even joined RuPaul’s Drag Race UK star Cheryl Hole, who was hosting the event, up on stage. At one point, she showed off her dance moves on the stripper pole.

The fun continued when she lipsynched to Martha Wash’s “It’s Raining Men.”

Cheryl Hole took to Instagram to share that Adele was also upset by the fact she got sent home on RuPaul’s Drag Race: UK Versus the World. “Confirmed: @Adele was devastated I was eliminated on Drag Race too,” She wrote. “Love you divalina 💖”

A Night To Remember

Once on stage, Adele asked if she could help Cheryl judge the stripping competition, to which Cheryl said of course.  She ended up picking out a topless woman who Adele said was beautiful, lovely, and “confident with all these men around.”

Adele talking with @CherylHoleQueen at the Heaven Night Club tonight.

Adele was fresh off this year’s Brit Awards on Tuesday night, where she took home the title for artist of the year, album of the year, and British song of the year for her track “Easy on Me.” However, she came under fire with the LGBTQ+ community for her acceptance speech, where she addressed the award show’s gender-neutral categories.

“I understand why the name of this award has changed, but I love being a woman and being a female artist — I do! I’m really proud of us, I really, really am.”

She brought up her comments at Heaven, telling the audience members, “You’re all women who identify as women.”

It looks like Adele had a night to remember – or maybe even one to forget.

Adele Has a Night to Remember at a London Gay Bar