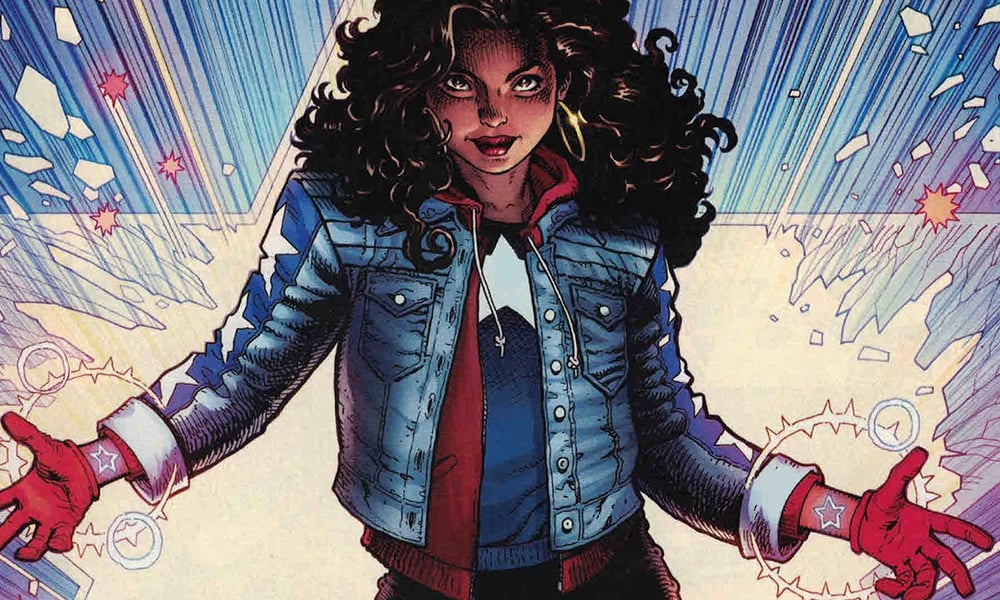 Marvel fans are finally getting to see America Chavez in action!

During the Super Bowl, the first full-length Doctor Strange sequel, The Multiverse of Madness trailer aired. While the trailer was full of memorable moments, our favorite was getting to see a good look at America Chavez.

Fans already knew that Chavez, who is the MCU’s first out lesbian superhero, was going to make her debut in the upcoming Doctor Strange film. She was shown for just a moment in the end credits of Spider-Man: No Way Home last year. Later, it was confirmed through leaked images that Chavez, played by Xochitl Gomez, will stay true to her comic book origins and be queer.

She has several superpowers in the comics, including superhuman strength and speed. She can also open portals to other worlds by kicking or punching the walls of reality. Chavez is also part of the Young Avengers and a female-driven group of Avengers known as A-Force and the Ultimates.

Other members of the Young Avengers have already been introduced through Disney+ Marvel Studios series, including Kate Bishop in “Hawkeye;” Tommy and Billy Maximoff in “WandaVision,” kid Loki in “Loki” and several others.

We aren’t exactly sure how much of Chavez’s queer identity is in the film, but hopefully, we will get to see her live her truth and maybe find a nice girl to fall in love with!

Doctor Strange: Multiverse of Madness hits theaters on May 6th, 2022.