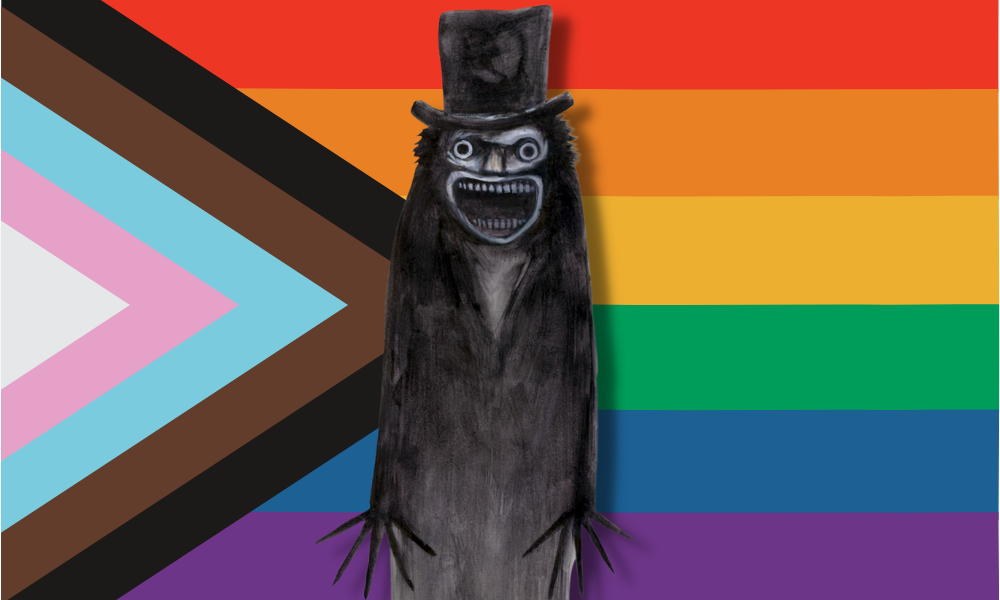 Here’s Why The Babadook Is Considered A Gay Icon

What makes a queer icon? Why are the likes of Judy Garland, Lady Gaga, and Cher revered by the LGBTQ community? According to Nylon, those who achieve such status are often people who display “extraordinary resilience under scrutiny”. They also deviate from the status quo, push the boundaries of gender and sex, and speak truth to power. Gay icons are, for the most part, underdogs whom all queer people can relate to on some level.  So what’s up with the Babadook being a gay icon?

It’s befuddling to see a fictional monster such as the Babadook, a shadowy figure with menacing white eyes and a maniacal grin, crowned an icon by members of the LGBTQ community. At least the chronically online ones, that is.

Here, we take a deep dive into the origins of the gay Babadook lore. We will explore how the Babadook became the LGBTQ icon that he is today.

The Babadook is a creepy humanoid that lurks in the dark and terrorizes the mother-son protagonists Amelia and Sam in Jennifer Kent’s 2014 horror film The Babadook. Amelia, a depressed widow, is overwhelmed with the grief of losing her husband and the task of raising a difficult child alone. Although sweet and caring, six-year-old Sam exhibits erratic behaviors stemming from the fear of an imaginary monster.

Soon after, Sam becomes even more erratic and Amelia begins to see and hear strange things around the house. The Babadook uses the book to taunt Amelia further. He threatens to get stronger and deadlier the more she denies his existence.

The Babadook, which was met with universal acclaim, is considered one of the best horror films to come out of this “still very new century”. The film is an exploration of the difficulties of motherhood. As well as, the dangers of refusing to confront your own demons. Most critics say that Mister Babadook stands as a metaphor for Amelia’s grief. Which, as the monster points out, will only get stronger the more she denies it.

current favorite meme is the lgbt community insisting that the babadook is a gay icon pic.twitter.com/jetZomtDzd

How The Babadook Became A Gay Icon

So, how did a monstrous manifestation of a widow’s grief turn into a beloved queer icon? Like many memes on the internet, the “Babadook is gay” meme started as an innocuous joke on Tumblr. A user named ianstagram was one of the first to joke about the Babadook’s orientation. They said, “Whenever someone says the Babadook isn’t openly gay it’s like?? Did you even watch the movie???”

Like with most jokes on Tumblr, other users continued building on the joke. And expanding the lore by pointing to “evidence” that the Babadook is gay. “I mean he created a pop-up book of himself for the drama of it all,” said one user. Seemingly (but also definitely jokingly) frustrated by commenters shutting down his theory, ianstagram responds by saying, “It may be ‘just a movie’ to you but to the LGBT community the Babadook is a symbol of our journey.”

Why Tumblr Is Where It All Started

If all of this makes no sense to you, you have to understand that “discourse” like this is part and parcel of what made Tumblr such an interesting place to be for young, queer people online. In its heyday, Tumblr was a melting pot of aspiring film critics, pop culture analysts, and social justice advocates. It was also one of the few places online where young, queer people could convene and discuss their struggles with gender and sexuality in a place that felt safe.

And yes, there were also a lot of jokes. Put all that together and you get ianstagram’s Babadook thread, which Vox summed up as “fantastic trolling, a post written to get an earnest reaction from people who truly believe in discussing the merits of The Babadook within an entertaining and slightly absurd new context”.

A screenshot of the exchange was later shared on Twitter and, soon after, a meme was born. One of the most popular gay Babadook memes is a screenshot of a Netflix menu wherein The Babadook was listed under the LGBT movies category. Users took this to mean that Netflix was acknowledging the Babadook’s queer status, although Netflix never confirmed whether this actually happened or if the photo was just edited.

But Why The Babadook?

The horror genre has had a long history of queer-coding villains. From the transgender serial killers in Alfred Hitchcock’s Psycho and Jonathan Demme’s Silence of the Lambs to the obsessive housekeeper in the 1940 film Rebecca.

Hollywood’s Hay’s Code prohibited films made between 1934 and 1968 from portraying “obscenity”.  This included images of sex, drugs, and homosexuality. Which kept filmmakers from representing queer characters on film. As such, directors would use subtext to depict queer characters and stories.  Often representing them as misunderstood monsters who were condemned by society for their “depravity”. This was done to circumvent the censors and portray the LGBTQ experience at a time when mainstream society deemed queerness taboo.

Today, horror film directors carry on that tradition, unwittingly or not. And even if Mister Babadook was not purposefully queer-coded by the filmmakers, some might argue that the character lends itself to multiple queer readings.

For one, Mister Babadook is designed as a rather flamboyant character, with his top hat, heavy makeup, and long, spindly hands. He’s also trapped in a closet, itching to break free – an excellent metaphor for the queer experience, if there ever was one.

Eren Orbey of The New Yorker wrote that the Babadook’s “new fabulousness seems to align, quite reasonably, with queer readings of better-known beasts such as Frankenstein and Freddy Krueger”.

“Like those other misunderstood figures, he originated in anonymity, shunned by the traditional folks whom his presence threatened…Fearing the creature’s transgressive influence – his shameless oddity, his aggressive manner – [the film’s mother character] attempts to burn his manifesto, only to learn that attempting to get rid of the Babadook actually enlivens him,” wrote Orbey. “His book reappears on her doorstep, replete with the brash self-assertion of most coming-out anthems.” 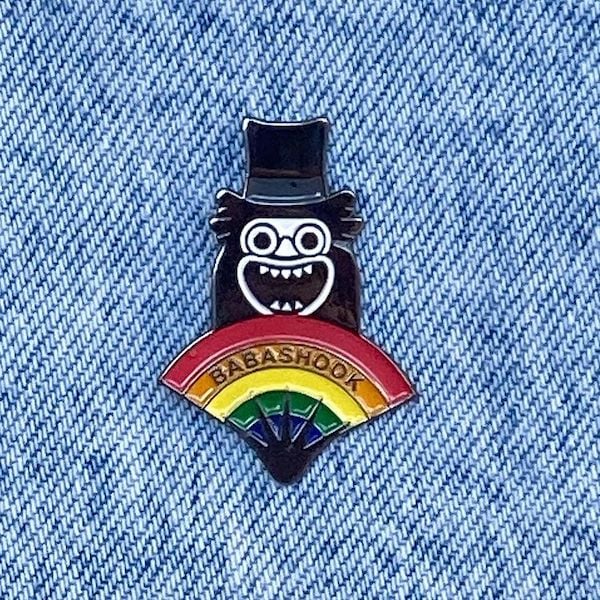 Kent, the film’s director, never really sought to portray her monster as gay. After all, the Babadook was meant to be a manifestation of a widow’s grief and her worst fears about motherhood come to life.

But when asked to comment on the Babadook’s queer icon status by horror movie site Bloody Disgusting, Kent said that she “loved that story”. “I think it’s crazy and just kept him alive,” she added. “I thought, ‘Ah, you bastard.’ He doesn’t want to die, so he’s finding ways to become relevant.”

And isn’t that exactly what the gay Babadook icon would do?

Essie Davis knows about the Babadook being a gay icon and she loves it pic.twitter.com/Dv3rozfd0c

Though memes come and go, the gay Babadook meme seems to have cemented the monster’s status as a modern queer hero. Whether you like it or not. Remember, the more you deny his existence, the stronger he’ll get.

So, do you think the Babadook is an LGBTQ icon? Or do you think it’s a ridiculous reach that takes away from the essence of Kent’s original message?

Here’s Why The Babadook Is Considered A Gay Icon