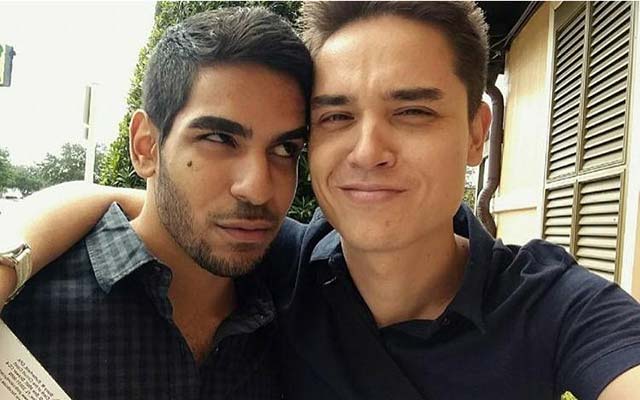 Juan Ramon Guerrero, 22, and his boyfriend Christopher “Drew” Leinonen (32) planned to get married. Those plans were destroyed when gunman Omar Mateen took their lives on Sunday morning. Instead, they were killed in Sunday’s massacre.

“They were honestly so in love. They were soul mates. You can tell by how they looked at each other,” Ayram Guerrero, Guerrero’s sister, told TIME. “It’s a little comforting that they died together.”

Guerrero and Leinonen had been together for two years and lived together. In celebration of the couple’s love for one another, their families are planning a joint funeral, and will bury them side by side.

Guerrero’s father, Juan Ramon Guerrero, who shares his son’s name, said “I think my son wanted to do that. That’s why. I don’t care what the people think. I don’t care.”

According to their families, Guerrero and Leinonen were motivated and loving young men. Guerero just finished his first year at the University of Central Florida and aspired to be a financial advisor. While Christine Leionen, Christopher’s mother, denied TIME’s request for a comment, she gave a heartbreaking interview with ABC News.

Mother of man who was at Orlando club: "There's a lot of dead bodies at the club…they can't identify anybody." https://t.co/KXKy7t4Bpr

With Guerrero’s 23rd birthday a few days away, his family plans to celebrate his life on that day. “My wife will cook all the food he likes. He was a beautiful kid, a hard worker, friendly, sweet person. I lost part of my life.”

Read the full story on TIME.