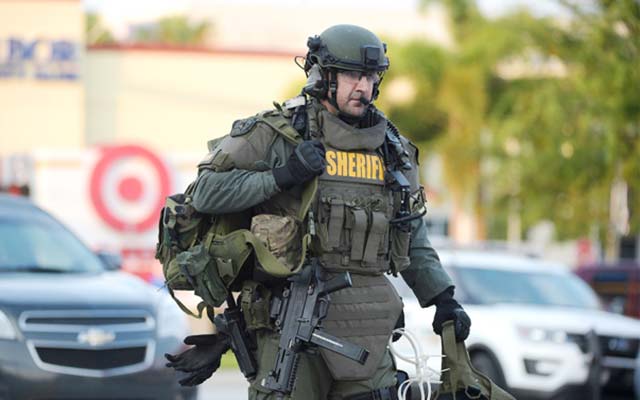 A man was arrested in Santa Monica, California with explosives and weapons/ammunitions early today who was planning to attend L.A. Pride. As of now, it is unclear whether there is a connection to the Orlando Mass Shooting.

Police were called near the area of Olympic and 11th Street by a concerned citizen. He then told police he was waiting for a friend. After checking his car, authorities found weapons and explosives.

“I want everyone here today to know we are safe, we are protected, our law enforcement officials are here,” Los Angeles Mayor Eric Garcetti said during a press conference.

The man’s car was a white Acura with Indiana plates, according to police spokesman Saul Rodriquez. The investigation has now been taken over by the FBI.

Because of recent events, a city official in West Hollywood has stressed that officials were beefing up security at Pride festivities. While there were discussions of calling off the parade, officials decided to move forward.

West Hollywood City Councilwoman Lindsay Horvath said in a statement that LA officials do not believe there is any threat to Sunday’s activities.

“We are hearing devastating news reports from Orlando this morning,” she said. “Gun violence on the LGBTQ family during Pride Month makes me sick. The deadliest mass shooting in America happened to LGBTQ people on Latin night. While we mourn this heartbreaking loss, we must also rededicate ourselves to the fight for full equality for all people. No one is equal unless everyone is equal.”

This news comes moments after the worst mass shooting in an Orlando gay night club where at least 50 people were fatally shot in a night club. More than 50 people were injured in the shooting. The gunman, Omar Mateen, was killed during a shootout with police.

Mateen’s ex-wife told the Washington Post his family was from Afghanistan, but he was born in New York.

Mateen pledged allegiance to ISIS and mentioned the Boston Bombings in a 911 call, according to a U.S. official, which was made 20 minutes into the attack in Orlando.

The LA PRIDE Parade and Festival will continue today as we stand strong. #ThePrideMustGoOn pic.twitter.com/WWOLWagSU8