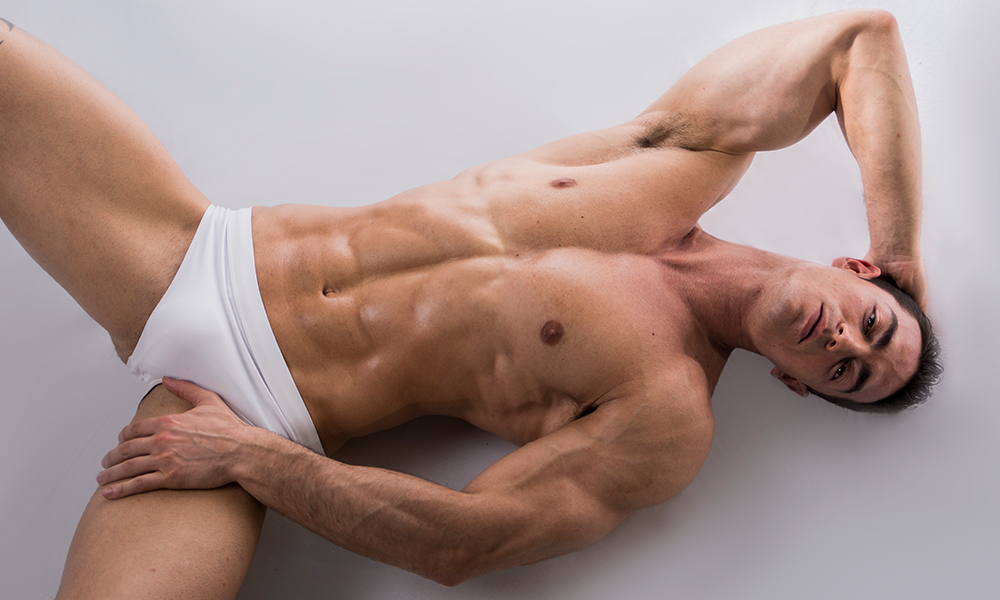 Procrastinating doing your laundry? It might be time to reconsider.

Recent studies have shown that wearing underwear for more than a day will result in a build-up of bacteria that is prone to damaging your health. With 45% of American’s admitting to not changing out their underwear every day, Underwear Expert surveyed over 3,000 participants with 18 questions to get a better picture of underwear hygiene practices across the board. Acclaimed men’s health doctor Dr. Evan Goldstein and Underwear Expert Founder & CEO Michael Kleinmann are here to offer insight into the results

Men are becoming busier than ever, often going to work, the gym, and a social gathering all in a day. Moving this much can often result in a lot of discomfort in places that can easily become an afterthought, such as the underwear region. With a majority of our survey takers admitting to purchasing and keeping ill-fitting pairs from other stores, discomfort is sure to happen during regular and strenuous daily activity. “An improper fit is something that can easily be fixed by finding the right style for you”, Michael Kleinmann continues, “with proper daily hygiene, a great fitting pair of underwear can make all the difference with your day-to-day movements, leading to a more comfortable day for you”.

Related | Half of Americans Don’t Change Their Underwear Daily

Once you find that perfect fitting pair, it may be tempting to hold on to them for as long as possible. 37% of survey takers admitted to owning a pair of underwear that is over three years old. You might be thinking, “What’s the big deal if I wash them after every wear?” Well, a lot, actually. A clean pair of underwear alone has over 10,000 living bacteria. Imagine the amount of bacteria that’ll continue to grow on a single pair of underwear after continued wear just after 6 months, or even a year. The longer you keep a pair of underwear, the more bacteria will build up, putting your health at risk each time you put on that favorite, lucky pair from 3 years ago. Despite a possible emotional attachment, it really is of the utmost importance to replenish your underwear drawer every 6 months to a year, while ridding your drawer of older pairs. Over 50% of men possess over 25 pairs of underwear in their drawer. Instead of holding onto some of the older pairs, Mr. Kleinmann recommends “maintaining a collection of 14-20 pairs throughout the year, tossing out the oldest ones and replacing them with new ones every 3 months.” 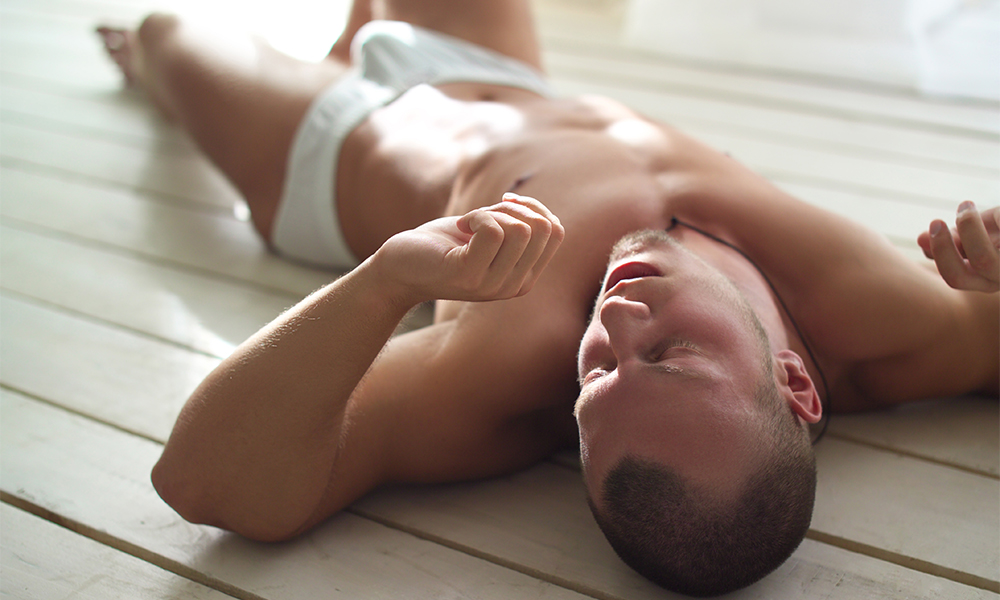 The amount of daily activity a man goes through will undoubtedly cause sweat throughout the body. Often times it’s mostly manageable areas such as the armpit or forehead during a particularly hot day. Other times, it will affect the underwear region, which is not out of the ordinary as nearly 50% of the survey respondents admitted to feeling sweaty down “there” throughout the day. Dr. Goldstein points out that “sweat in all regions is natural and most of us will feel moisture accumulation throughout the day”. If it gets to a point of being a nuisance, Underwear Expert recommends going for a pair with mesh fabric or paneling that offers aeration and maximum breathability. 23% of our survey takers change their underwear at least twice a day, which might seem like a lot, but it surely isn’t a bad idea to bring an extra pair to the gym to change into. Mr. Kleinmann chimes in that “it’ll make your ride home or to the next function that much more comfortable

The underwear we choose to wear has a great impact on our hygiene and comfort. A wrong pair or one that’s a few months too old can lead to issues such as bacterial build-up, or worse, the ever irritable jock itch, a fungal infection formed from excess moisture in your underwear region. According to Dr. Goldstein, “Jock itch is more prevalent that you’d think. Hair, moisture, use of wet wipes, poor hygiene, and the wrong underwear can all lead to this common ailment”. While only 19% of survey respondents reported to dealing with the ever irritable jock itch, it is something to always be aware of. The prevention of jock itch starts with washing your underwear and yourself! Wearing the right pair of underwear is equally important as sweat and moisture is sure to build up down there, causing more and more bacteria buildup, leading to possible infection and uncomfortable jock itch. Mr. Kleinmann recommends “choosing a pair that first and foremost offers adequate support for exercise and fabrics that breathe, allowing for aeration. To really go above and beyond, look for dry-fit underwear as they are sure to absorb the moisture throughout the trip to the gym.”

Only 15% of our survey participants wear jockstraps while working out, with a majority choosing a version of the more popular brief. Underwear Expert and Dr. Goldstein both recommend the jockstrap as the best silhouette for working out as it allows “for complete aeration in the most needed area of our bodies—the anal region, including the perineum (or more commonly known as the taint)”. Adding a pair of dry-fit shorts will only help maximize the experience, allowing for more moisture wicking properties. However, while most men would not be comfortable wearing a jockstrap, at the end of the day, it is all about personal choice and comfort, but do make sure that you are utilizing new underwear and shorts as Dr. Goldstein points out that “older pairs lose their form-fitting components, but more so the technology”. It is not uncommon that after repeated wear, the moisture-wicking technology will dissipate, leaving you at more risk for jock itch. After a strenuous workout, Mr. Kleinmann recommends “to take a shower to rid yourself of the sweat and bacteria that may have built up, but notes that “if a shower isn’t always possible, be sure to bring an extra pair of clean and dry underwear”. 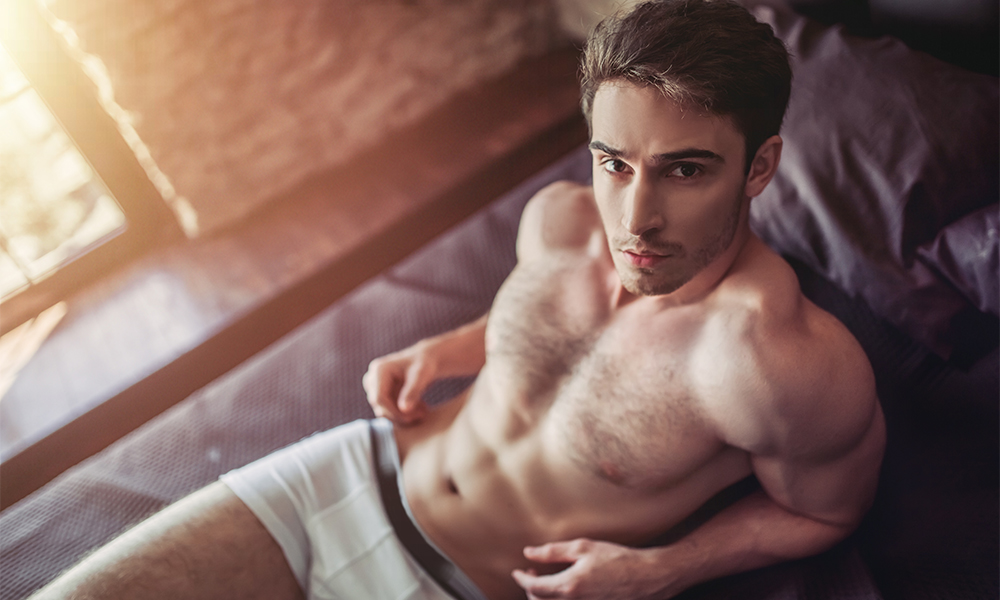 After a long and busy day, your nighttime routine “should include showering, specifically cleaning where the sun doesn’t shine, followed by completely drying off every part of your body—any left over moisture can lead to the development of localized issues” per Dr. Goldstein’s recommendation. Some people might prefer to shower in the morning, and that is completely acceptable, just make sure you change into a new pair of underwear before hitting the bed. This is just to protect yourself as you probably sweat and used the bathroom multiple times throughout the day and don’t want to bring that into the bed! Over 50% of our survey participants reported to sleeping without underwear, which Mr. Kleinmann has no issue with, “it allows for much needed aeration that your underwear region didn’t experience throughout the day” Just make sure that you’re wearing something that is loose fitting and made from a super lightweight material to ensure breathability throughout the night.

One topic that gets Dr. Goldstein riled up, and we can’t really blame him, are wet wipes. Roughly 50% of the survey participants reported using them after a trip to the bathroom. This is one of those things that needs to stop, as Dr. Goldstein lets us know that they are “detrimental to the environment, but also our butts.” Dr. Goldstein doesn’t just stop there, “When you use wipes after going to the bathroom, you end up wiping away all the good bacteria, which changes the homeostasis of that region and makes us more susceptible to fungal and bacterial infections. They have even been attributed to STDs, like HPV, which causes anal or genital warts.” The next time you use the bathroom, put down the wet wipes and consider a bidet or taking a step in the shower. Again, your body will thank you in the long run.

Male health and hygiene are important from head to toe and each aspect should be given equal treatment. With 97% of our survey respondents purchasing their own underwear, there isn’t much of a reason to ignore what you put on each day. You are putting yourself at risk for irritable things such as jock itch, HPV and more. Take that minute or two out of each day to give careful consideration into the underwear you wear for that day. Are you going to be working out? Wear something with lots of aeration and support. Will you be going on a date? Maybe don’t wear that lucky, ripped and tattered pair from three years ago, but instead, throw those out and opt for a new pair. 65% of our survey participants admitted they’ll only throw away underwear when they’re ripped. Don’t be apart of this group, as it will negatively affect your health. Underwear Expert is here to provide you with all of these options and more as we care about your health, well-being and the way you look. We can provide you with new underwear, while you throw out the old, to create a healthier and more robust underwear drawer. Don’t become one of the 45% of men who wears the same pair for more than a day, putting themselves at risk for something so small.

This article was originally published on The Underwear Expert. Read the original.