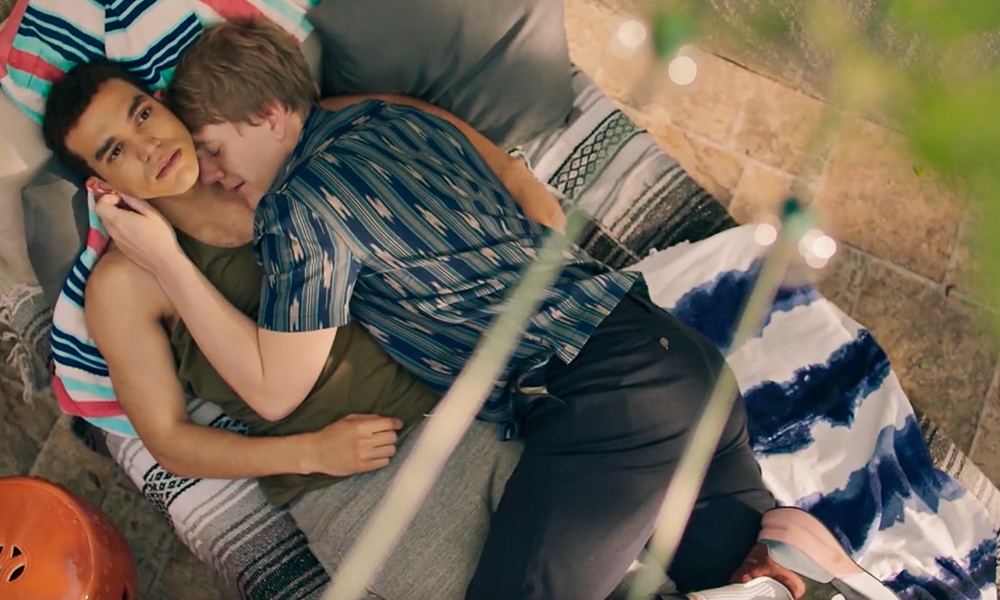 Freeform’s New Dramedy Kicks Off With a Gay Kiss

When we enter the world of Josh Thomas’s new creation, we’re already halfway to second base. We’re immediately greeted with some very enthusiastic making out, and the kind of Sorkin-esque flirting that will make your head spin. Perhaps it’s the awkward-yet-charming oversharing of the main character, or instantly intimate connection between these two queer characters, but before you know it you’re invested.

Josh Thomas plays Nicholas, who is somehow both highly self-deprecative and totally self-absorbed. Despite this he is also deeply dorky and adorable. He’s on a date with Alex (played by Adam Faison) during what was supposed to be a brief stay in the states. Meeting him in this moment sets the tone for a wild ride that keeps you coming back for more.

Related | Watch the First Trailer for The Thing About Harry

This kiss also serves a different function. The stars of the show recently spoke at Freeform’s TCA panel about the show and according to Thomas, opening on this kiss was a very intentional way of weeding out the trolls. “Why do I want people watching this that are homophobic?” Thomas explains. “I don’t want them coming up to me on the street. I don’t want them to know who I am. Like, I put the gay kiss up as a shield so that I don’t have to deal with unlikeable fans.”

Thomas’s innate ability to playfully tell it like it is can be felt throughout this entire show. Every piece of dizzying dialogue and every excruciating moment of embarrassment rings true with both hilarity and devastating realism. His plans to fly back home are interrupted by some last-minute news. His father admits that he has late stage pancreatic cancer and needs to make arrangements for his daughters’ and Nicholas’ half-sisters guardianship. This is when we begin to understand the unique way that Thomas tells a story that deals with death.

“It felt important to me that if you’re working for Disney that you kill a parent in the first act because that’s tradition.” Thomas jokes, “we introduced the dad because I really wanted you to get to know him so you knew what they’d lost.”

Though it’s clear that each character is handled with great care, Thomas can’t resist finding the humor in everything. This is no less true for his sisters Matilda and Genevieve. We find ourselves dropped in the middle of their young lives as they wrestle with their own unique issues. Matilda (played by Kayla Cromer) is on the autism spectrum, and coming to terms with her budding sexuality. Meanwhile, Genevieve (played by Maeve Press) is a spunky, but awkward 14-year-old who’s trying to find her place in the world.

30 minutes into the show, Nicholas and his sisters find themselves at their father’s funeral. What follows is a touching yet hilarious eulogy by Matilda. This scene, emblematic of the entire show, thrives in that uncomfortable space between drama and comedy. Nicholas now finds himself having to navigate the social and sexual exploits of two teenage girls, which goes about as well as you can imagine. We won’t give away any more specifics and instead, allow you to experience something that is equal parts heartbreaking, hilarious, and groundbreaking.

As Thomas says, “Life is without genre, so that’s what we try and strive for with this.”

Freeform’s New Dramedy Kicks Off With a Gay Kiss