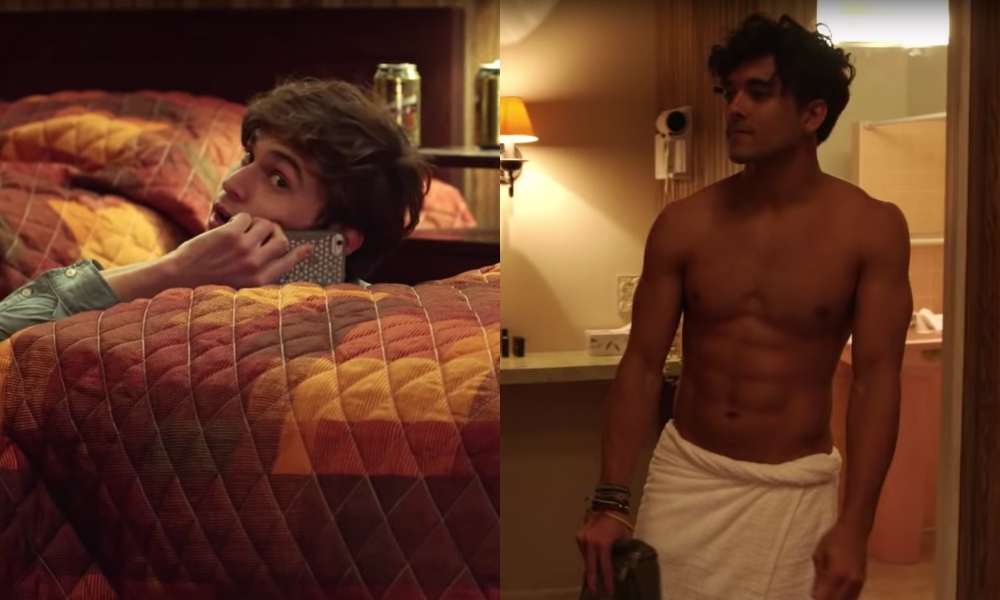 Watch the First Trailer for ‘The Thing About Harry’

The first trailer for The Thing About Harry, Freeform’s gay rom-com, is here.

Harry is described as “an emotionally uncomplicated, promiscuous player who has always left a string of broken hearts in his wake”.

Related | Take a Sneak Peek at The Thing About Harry

The movie, which premieres February 15, on Freeform and Hulu, follows Sam on a road trip to attend an engagement party in his small hometown in Missouri. He’s forced to make the trip with his frenemy Harry, who bullied him throughout high school.

Along the way, Sam discovers Harry came out as gay after high school. The paid end up spending the night at a roadside hotel and romance ensue.

“It’s been an honor to partner with Freeform in making great television with LGBTQ+ characters as leads,” The Thing About Harry executive producers Paige, Greg Gugliotta, and F.J. Denny in a statement.

“True equality can only be achieved when you see yourself reflected in the movies, music, and stories that paint our culture.

“As young gay men in the ’90s, whenever a rom-com opened, we would watch the leading lady fall in love and imagine what it would be like if the boy was saying all those things to another boy.

“We’ve always wanted to make a movie – an unabashedly romantic comedy – that queer boys wouldn’t have to translate. It’s rewarding to take the genre to a new, all-inclusive level.”

Watch the first trailer for The Thing About Harry below.

Watch the First Trailer for ‘The Thing About Harry’