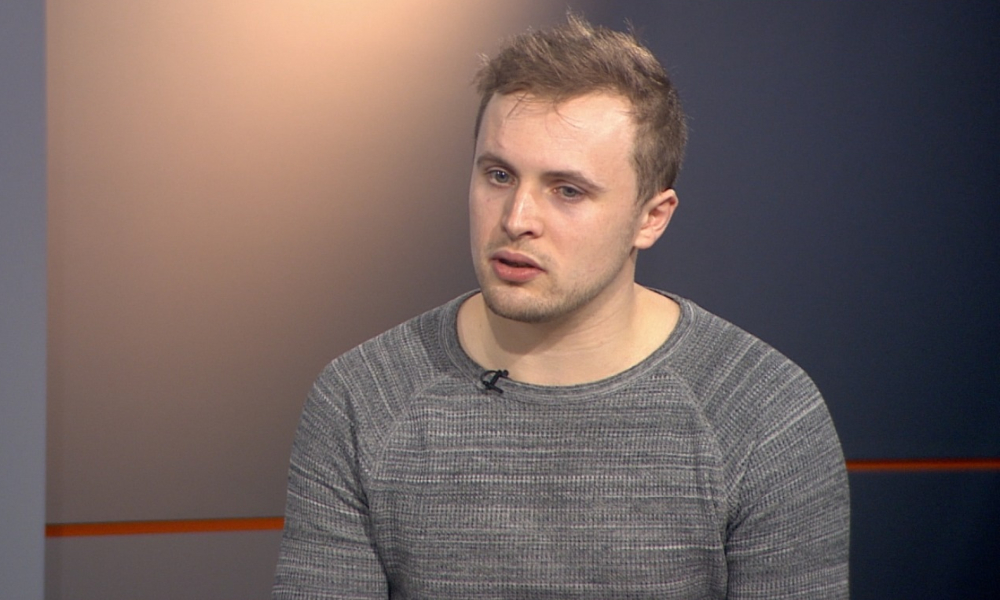 “I’m not doing this in the hope of any publicity. I’ve always been a very private guy, but I realize that I have a unique opportunity to do some good,” he said.

In a sincere statement on Twitter, Sullivan penned: “With this being the first-ever EIHL #PrideWeekend I feel now is the best time to speak about what I have known for many years.”

“I have battled with mental health problems over this issue, and with the support, understanding, and acceptance from my family, friends, and teammates, I finally feel ready to say; I am bisexual.”

Sullivan concluded his tweet, saying he is “proud” to wear a jersey that celebrates all sexualities and gender identities.

Manchester Storm captain Dallas Ehrhardt was among the many athletes who applauded Sullivan for coming out.

“We couldn’t be happier for our teammate, and we 100% have his back,” he said. “The hockey world is a tight-knit, supportive community, and when something as important as this happens, the whole sport gets better.”

The team’s head coach, Ryan Finnerty, said it was a “historic moment.” Sullivan is considered the first professional ice hockey player to come out publicly while actively playing the sport. “His strength and courage will inspire the youth of tomorrow,” he said.

The official Manchester Storm Twitter account also celebrated the event: “We are all extremely proud of you, Zach! You’re a role model for so many people, young and old, in the sporting world.

We are all extremely proud of you, Zach! You’re a role model for so many people, young and old, in the sporting world. Someone knowing they can be themselves is a true testament to everything our club and sport stand for.#WeAreStorm | #Manchester | #Pride https://t.co/x4UuWXzo7M

“Someone knowing they can be themselves is a true testament to everything our club and sport stand for.”