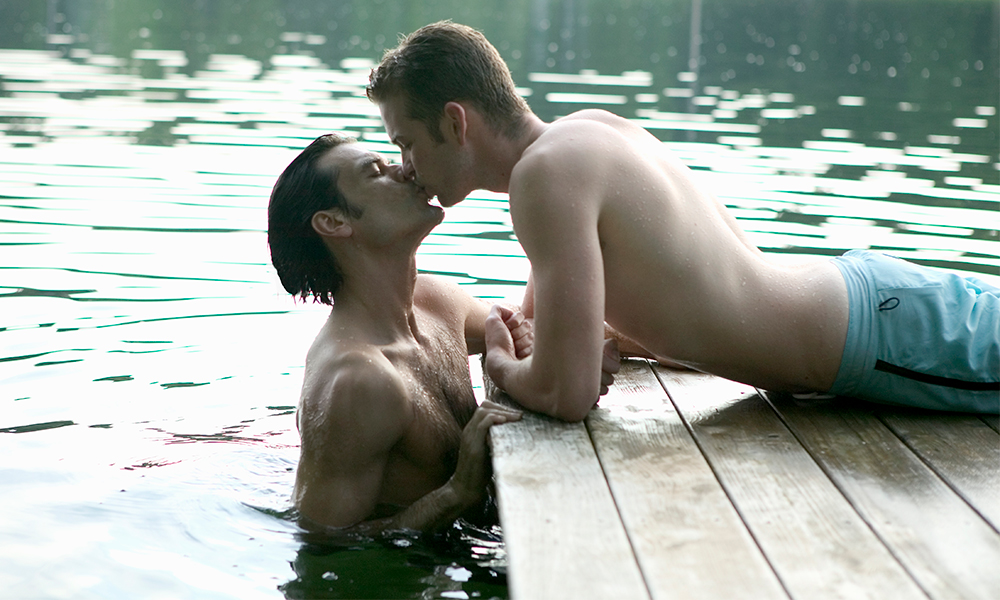 10 Guys Reveal Their Most Impulsive Hookups

These spontaneous hookup stories will leave you hurtin’ for a squirtin’.


Have you ever found yourself hooking up totally out of the blue? When it happens, it can often be the most satisfying encounters. On Reddit, gay men recently opened up about their “most spontaneous sexual experiences.”

While some told tales about connections with their significant others, others shared moments involving Uber drivers and cable guys. Here are ten of our favorite stories.

1. The cable guy
by Southern-bro

It was only a handjob, but it was sure sexual and spontaneous: When I was in college, a nice looking cable guy older than me (30ish) came to our dorm room. I was the only one there since my roommates had class. We got to talking a lot while he worked, and it got a bit personal. One thing led to another, and he stopped, looked me in the eyes, and asked if I liked guys. I nervously said yes, and he said he did too. He came up close to me and reached down and started gently feeling my bulge through my jeans.

2. On the way to Arizona
by SnatchyaWigz

My ex-husband and I were driving from Phoenix to Los Angeles and were on that part of I-10 in Western Arizona where the towns are all really far apart. He pulls off at one of those exits that are marked “No Services,” so I think he’s just going to take a leak at the side of the road, but instead he drives for a little while, then turns off down this random dirt road. I sit up at this point and ask “where are we going?” He just grins at me.

Maybe two minutes later, we stop, he gets out, comes around and taps on my door. When I open it, he motions for me to get out, so I do. Then he drops to his knees, and starts undoing my jeans. I hesitated and tried to stop him for a few seconds, then looked around and realized we were in the middle of nowhere, so I let him pull my jeans down. He proceeds to start blowing me. After he gets me nice and hard, he stands up, goes to the hood of the car, drops his shorts and bends over. I fucked him against the side of the car until we both came, then we got back in the car and were on our way.

We grew apart and ended up being really shitty and mean to each other by the end of our 14 years, but damn, we always had really hot sex.

Related | 18 Straight Guys Open Up About Their Gayest Experiences

4. The charismatic guy
by curiouskub90

I once was in a band, and we all lived together in a small town. Between all of us, we knew the entire town as far as people our age, and I was new to the area but was gaining friends fast because of this town’s hardcore scene. Well, there was this guy who was super charismatic, and like physically perfect. I was straight and in a relationship with a girl.

We used to all get wasted, and people would pass out anywhere. Well, the charismatic guy ended up beside my bed, and we were alone in the room before I realized. I turn towards the wall to fall asleep, and then I’m waking up to the feeling of being touched.

At first, I sat up fast, knowing it was him, but he just looked me right in the eyes and pulled my sweat pants and underwear down and put my c–k in his mouth. It wasn’t my first time experimenting, but I wasn’t prepared for it, and it was over quick.

5. The wedding date
by ElmParker

I was at a wedding in a foreign country. It was in a rambling old house with a rambling garden. I met an older German guy who was friendly & we went on a walk around the estate. The next thing I knew, we were kissing beside a field, then he was blowing me. I was tugging on his d–k, but I didn’t want to suck it! When all of a sudden, a bunch of people from the wedding party started screaming out our names, thinking we were lost. Weird and annoying. So we returned to the kind of boring wedding, and everyone snickered and wondered what had happened.

10 Guys Reveal Their Most Impulsive Hookups