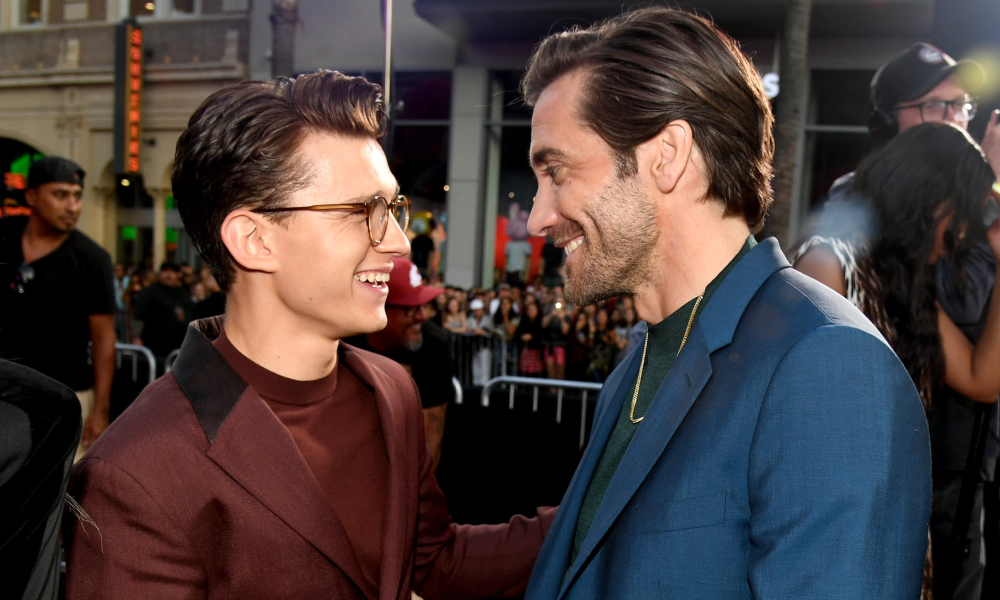 Jake Gyllenhaal and Tom Holland continue to establish their status as the most charming faux gay couple of 2019.

Holland, aka Spider-Man in the Marvel Cinematic Universe, shared a photo to his Instagram, which shows him cuddling up to his Far From Home co-star. He captioned the photo: “He’s the Mysterio to my Spider-man. Happy birthday, mate.”

He’s the Mysterio to my Spider-man. Happy birthday mate. #husbandgoals

He also added the hashtag “husband goals,” to which Shawn Mendes replied: “Wow, this is a cool photo.” 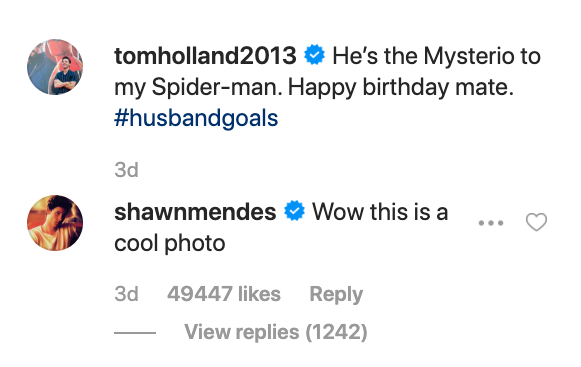 Gyllenhaal — who plays Mysterio in Far From Home — broke the internet when he posed with his arm around Holland, saying to his followers: “Forget the Biebers … We’re getting married.”

The Marvel Cinematic Universe has faced criticism for its lack of diversity. However, the studio recently swore several LGBTQ characters would appear in the MCU’s forthcoming films.

First, Marvel announced that the upcoming Thor film, Love and Thunder, will follow Valkyrie (Tessa Thompson) on her search for “her queen.” Then they revealed that The Eternals features a gay character who’s married “and [has] a family.”

According to reports, the Captain Marvel sequel will star a fan-favorite gay character. Also, We Got This Covered asserts that Hulkling — a Kree/Skrull hybrid with shapeshifting abilities and super-strength — will make his debut. In the comics, Hulkling and Wiccan are a couple; fans often refer to them as “Marvel’s most prominent gay couple.”

While Marvel amps up their queer representation, the validity of whether or not Gyllenhaal and Holland have a real-life romance is unclear (and unlikely). But, we can dream, amirite?