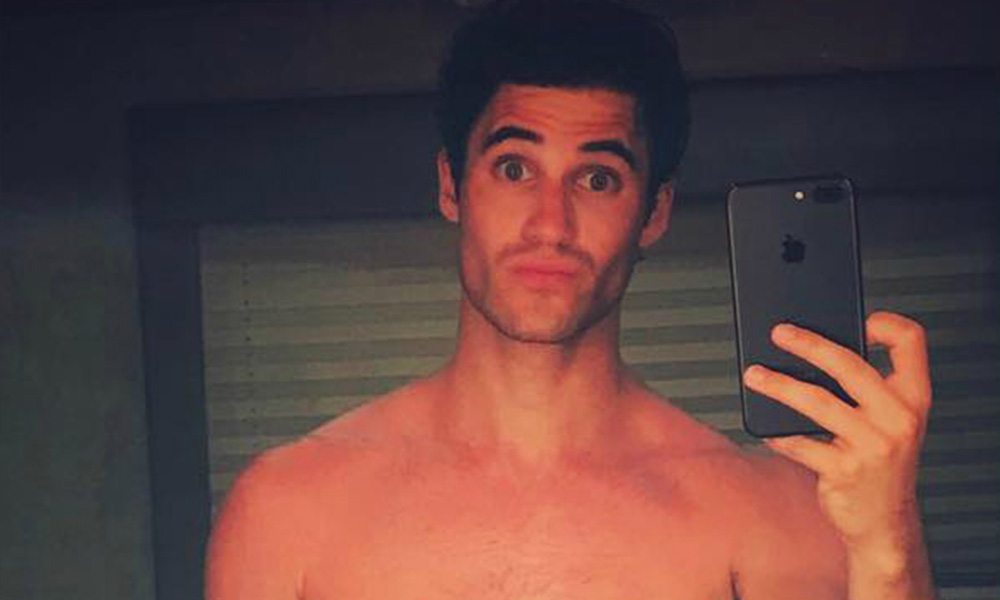 Darren Criss is, of course, proud of his beach body (that V though). The 30-year-old actor took to social media to show off his sunburn, using only his swim briefs to cover his naughty bits. On Instagram, he asked, “So what’s more red? My sunburn, my speedo, or YOUR FACE??? #ACSVersace”.