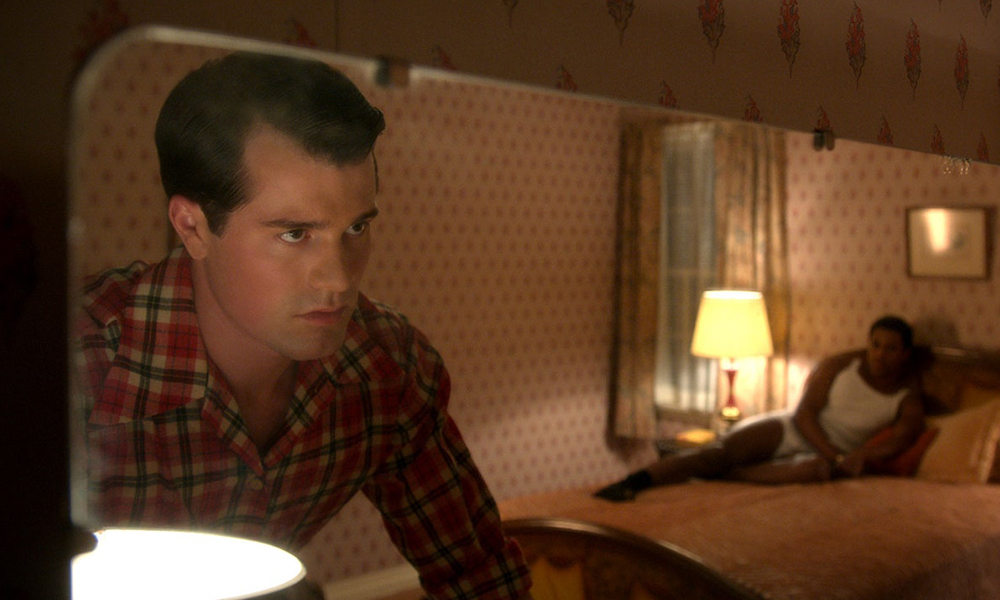 Old Hollywood but make it gay.

What if you could rewrite history? Reach back and plucked the marginalized out of obscurity and into the limelight? Deliver some form of justice to the oppressed?

That’s what Ryan Murphy is doing with Hollywood, his new seven-part series dropping May 1 on Netflix. It’s classic Ryan Murphy, but with a dash of Quentin Tarantino. In a move that Murphy calls “faction,” he takes the stories of beloved real-life old Hollywood actors, actresses, and big wigs but…zhuzhes them a little.

Related | 44 Vintage Photos of Gay Men in Acts of Love

Among the glitz and the glamor of household names like Vivienne Leigh and Joan Crawford, there are some more names you might recognize. These central characters get to rewrite their Hollywood stories of struggle and strife.

Rock Hudson (Jake Picking), famously closeted Hollywood heartthrob. Hudson died due to complications from AIDS in 1985. Hattie McDaniel (Queen Latifah), who wrestled with racism in Hollywood, despite winning an Oscar for her performance in Gone With the Wind. Anna May Wong (Michelle Krusiec), considered by many to be the first Chinese American Hollywood film star, but was subjected to tired tropes and racist stereotypes.

There are also fictional characters, inspired by real-life sources. Jeremy Pope plays aspiring writer Archie Colman and, as you can expect from Murphy, the show features even more of our favorites, including Darren Criss, Jim Parsons, Patti LuPone, and Samara Weaving. 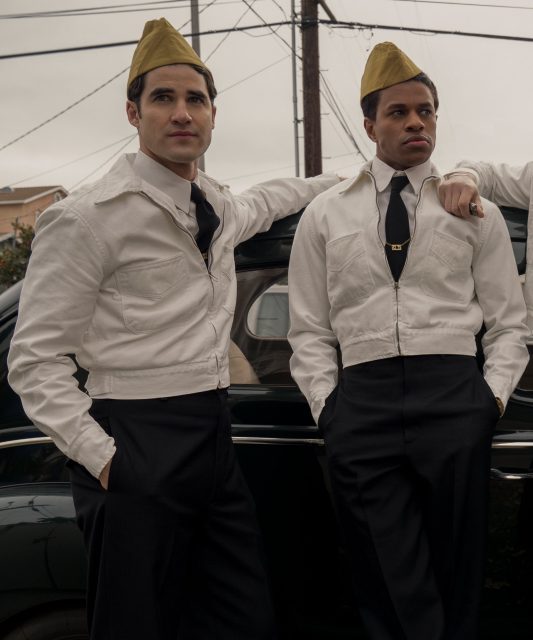 The show, I’m happy to say, appears to be exceptionally queer. Dylan McDermott plays a character very clearly inspired by Scotty Bowers. Bowers was a real-life Los Angeles hustler who operated a gas station on Hollywood Boulevard that famously facilitated sexual liaisons for the stars. Besides the abundantly queer cast, Janet Mock is also credited as writer, producer, and director for the series.

Related | Watch Gus Kenworthy Arch His Back in the AHS Trailer

I have a feeling that this show will be as cathartic as it is enjoyable. Who doesn’t look back and ask “what if?” What if 1940s Hollywood took a radical step forward for the most marginalized in the industry?

One thing’s for certain, there will be no shortage of drama. Check out the trailer for Hollywood below.