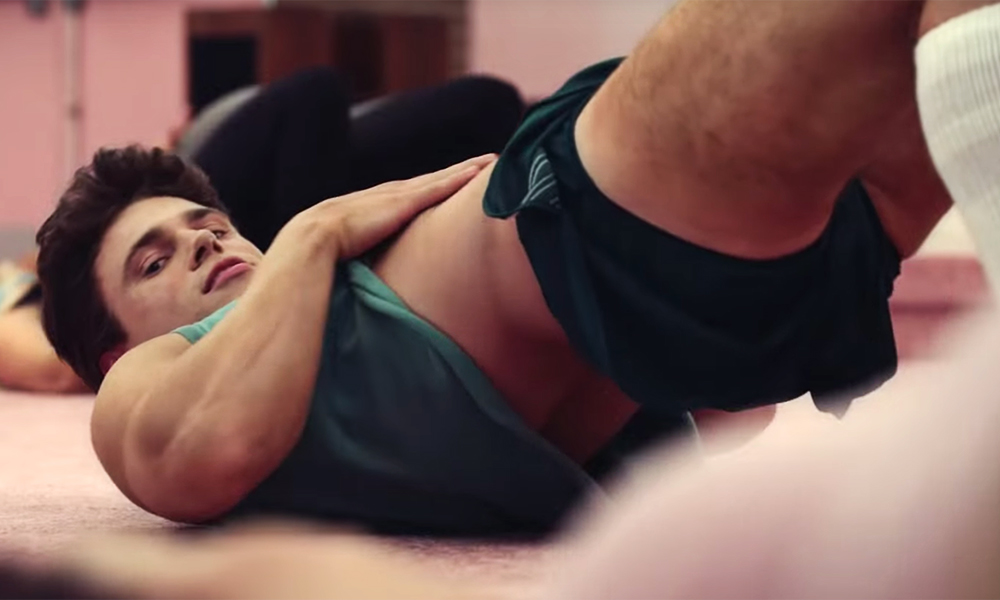 Watch Gus Kenworthy Arch His Back in the ‘AHS: 1984’ Trailer

The first trailer for AHS: 1984 is finally here.

After you experience the official first trailer for American Horror Story: 1984 you’ll be left wondering why it took the FX anthology series so long to do a slasher-themed season.

The trailer is full of loads of 80’s nostalgia; a group of friends and aerobics enthusiasts — Cody Fern, Emma Roberts, Billie Lourd, DeRon Horton, and Gus Kenworthy — head to a summer camp where Fern’s character landed a job.

On the way, they accidentally plow a man over with their car and desperately avoid taking responsibility. After delivering an iconic slasher-story starter, the trailer leans even more into the genre’s iconic tropes; there’s a murderer, Mr. Jingles, on the loose. It’s explained that Mr. Jingles was linked to a butchering at the summer camp years ago, and it seems like he’s free from the insane asylum and back in business.

Watch Gus Kenworthy Arch His Back in the ‘AHS: 1984’ Trailer