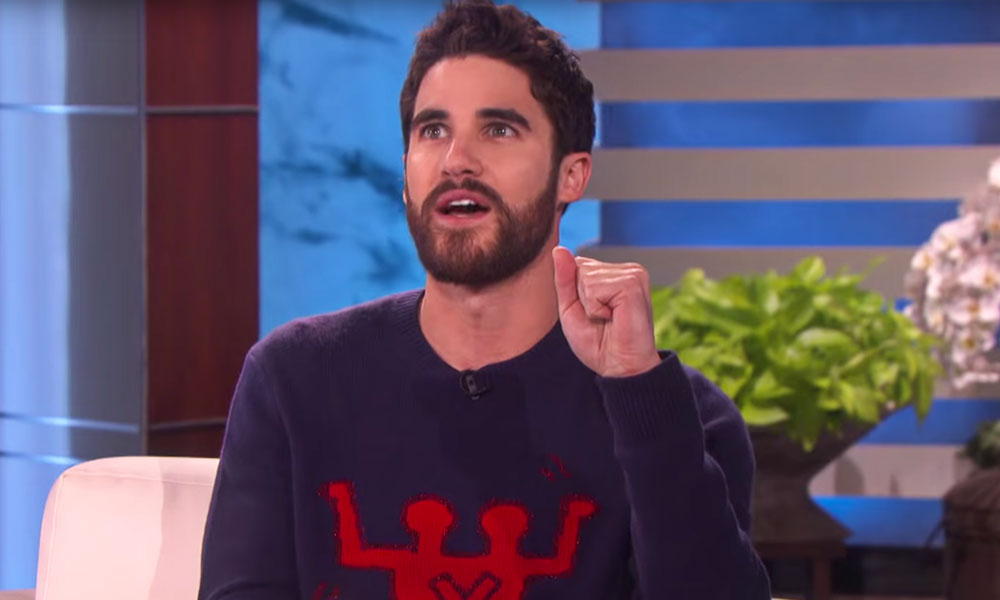 Darren Criss: “Those are my buns. I cooked those myself.”

Darren Criss has performed naked on multiple occasions for various roles. Most recently, the former Glee star took it all off for the part of Andrew Cunanan in American Crime Story: The Assassination Of Gianni Versace. And, he is open to stripping down again!

Last week, on The Ellen Show, the 31-year-old actor talked about his previous reservations with on-screen nudity.

“You’re naked!” Ellen shouted as a shot featuring Criss’s cakes appeared on a giant screen at the back of the stage. Criss coolly replied, “Those are my buns; I cooked those myself.”

He continued: “I did this right out of Hedwig and the Angry Inch, which was a show that required me to be in pretty good physical shape. So, I lucked out.”

Related | Ricky Martin Opens up About Getting ‘Excited’ on Set

Finally, when asked if he had any hesitations about doing nude scenes, Criss replied, “Well, now I don’t!”