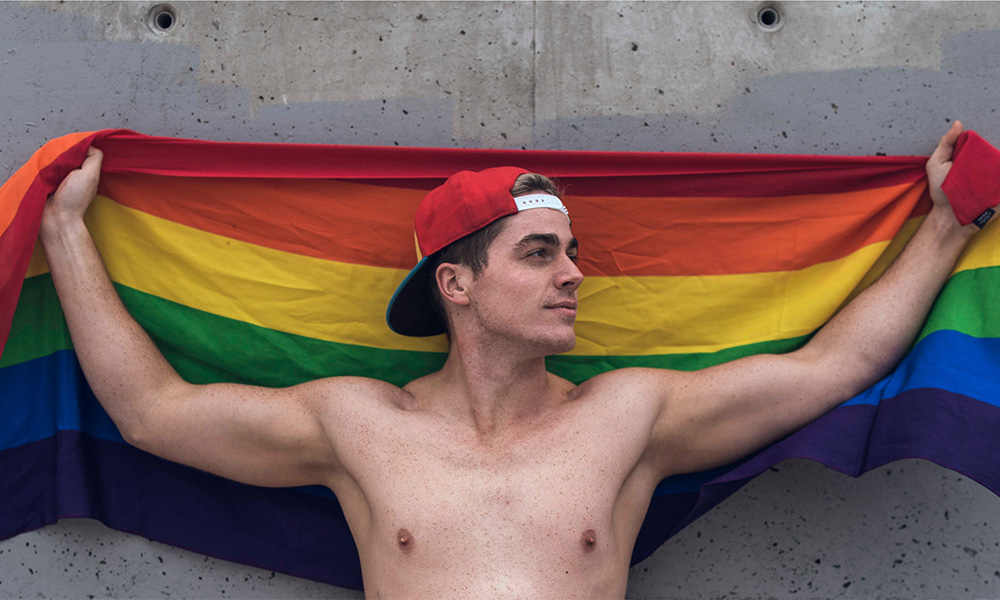 MOGA and musician Zain Mitchlan team up for Pride Month.

Australian fashion brand MOGA has recruited Zain Mitchlan to help share its “message of universal love and acceptance of all human beings” as its first Pride ambassador.

Mitchlan is an openly queer Melbourne-based singer/songwriter who produces his own music. He has performed at some of Melbourne’s most famous venues, including the Corner Hotel, Esplanade (Espy) Hotel and Revolver, as well as Mornington’s largest festival, Let Go Fest. The 23-year-old artist found fame on The Voice Australia.

As a Muslim label with a primarily Islamic following, MOGA released the world’s first Pride headscarf last year in support of the marriage equality in Australia. Despite MOGA’s initial concerns, the headscarf was a huge success and sold out in just six days.

In an interview with Gay Star News, Mitchlan revealed he needed to work with MOGA so he could “shine the light” because “they make it their passion to bring this inclusive attitude to the fashion industry.”

?HAPPY PRIDE MONTH? and remember this month is not only about celebrating the amazing LGBT+ community but also everyone who has ever felt misplaced in the idea of normality #allinclusive #pridelove @jake_od @mogafashion

“My goal in life is to bring a smile to as many faces as I can by showing that life, although might seem ever changing and wild, is even more beautiful when you are in it,” he continued.

“So teaming up with an incredible brand such as MOGA is another step forward in doing exactly that.”

Mitchlan debut single “Stand” is an anthem for the LGBTQ community promoting of love and self-acceptance.

A MOGA spokesperson commented on the relationship between the brand’s mission statement and Mitchlan’s music. “[Mitchlan] joins our growing movement of youth ambassadors to help spread our message of universal love and acceptance of all human beings, regardless of skin color, race or sexual orientation and identity.”

Along with its signature Pride headscarf, MOGA has also created rainbow earrings to celebrate Pride month. Profits from the rainbow headpiece will benefit the CARE Foundation for the education of young women.