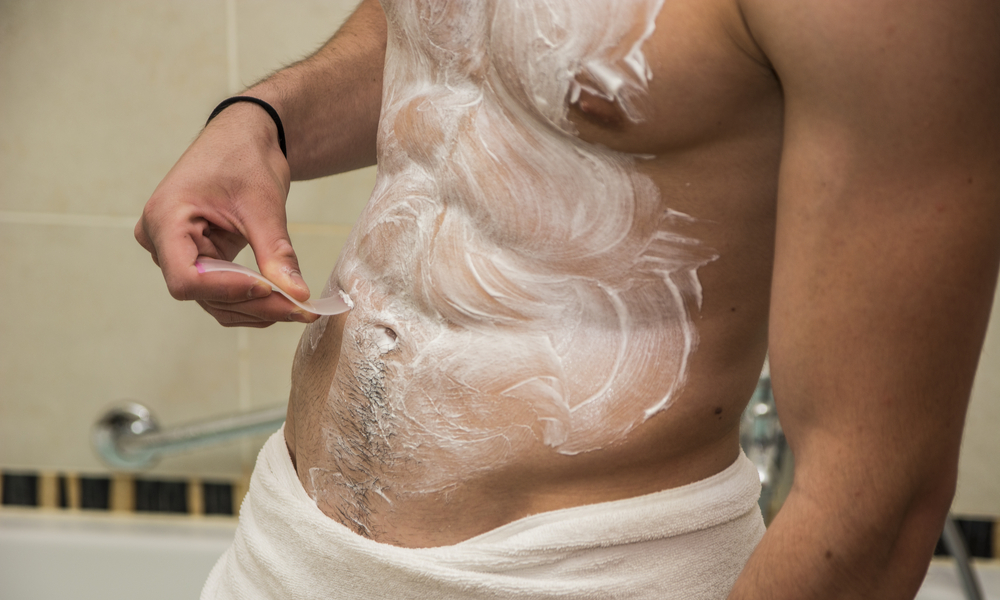 Will Shaving Your Chest Make You Look More Muscular?

Survey says: Yes — but only if you already have muscles to show off.

Although manscaping has been part of queer men’s grooming for decades, body hair removal only recently found its way into the everyday routines of average guys. However, now that more and more men — straight and queer — are shaving, waxing or lasering their chests to show off their pecs, we have to ask: Does being hairless make your more muscles look bigger?

According to fashion photographer Rob Kristian, yes — but only if you’re already buff. “I wouldn’t want to photograph some guy who has a shaved chest but nobody — that would just look androgynous,” Kristian told Dollar Shave Club. He adds that anyone who wants to try removing their body hair should, of course, go for it. However, he cautions that you shouldn’t expect muscles to materialize magically. “You can’t really put something there that’s not there,” he emphasizes. “You need that definition first.”

Clearly, then, for fellas who have already packed on the muscles and want to present them in the best possible light, going smooth is the right move. “I think it does make a big difference,” adds personal trainer and bodybuilder Justin Armstrong. “If you have a dark patch of hair, it adds a shadow, which may affect your standing.”

Your body can be sculpted in the gym, but if your body hair is scattered across your body, all your work may be hidden. For men who want to show off their hard-earned bods at the beach, you may want to go smooth.

“You want to be sure you’re giving the naked eye everything you can, to show what you’ve done with your body and what you’ve accomplished,” says Armstrong. “I think body hair can hamper that.”

So basically, it comes down to this: If you’ve got it, flaunt it. And, if you don’t, flaunt it anyway.

Will Shaving Your Chest Make You Look More Muscular?