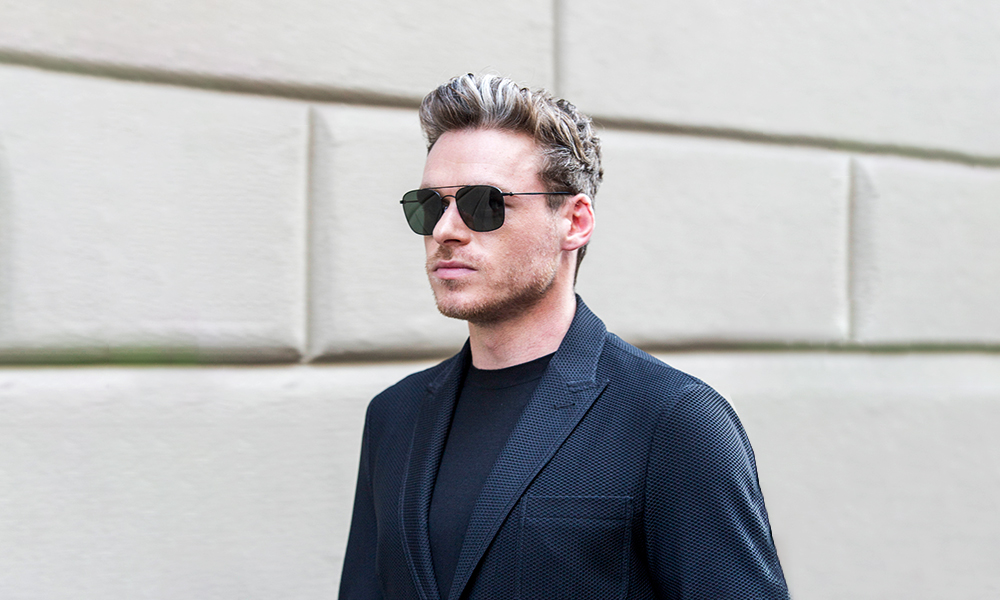 The Mallen Streak: Where Did It Come From?

The mallen streak was once viewed as a hairstyle feature that needed to be covered up or dyed. However, today people see it as a bold fashion choice. Even many celebrities now proudly show their streak off and embrace it.

Let’s take a look at where the term “mallen streak” came from and the people bringing it back into fashion.

Related | Is The ‘Eboy Haircut’ Hot or Not? 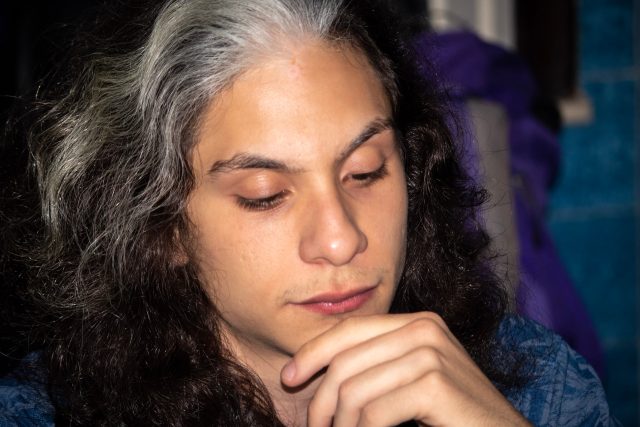 What Is A Mallen Streak?

Mallen streak hair is a naturally occurring condition that describes the decrease of melanin in a streak or patch of hair. The actual scientific term for this condition is called “poliosis”. While it’s typically associated with head hair, it can also occur in other areas of your body such as eyebrows, beards, or even eyelashes.

Origins Of The Term “Mallen Streak”

The term “mallen streak” is a more recent term, originating in the late 70s. It’s from a combination of the Latin word “malignus”, which means “bad kind”, and “streak”, referring to a streak of hair. The term was popularized by Catherine Cookson’s Mallen trilogy. Her novels follow the story of a 19th-century English squire whose illegitimate children all inherited his poliosis, each of whom met a disastrous end.

Mallen Streak As A Symbol

The negative associations tied to the mallen streak did not originate in Cookson’s novel. However, it did reveal how the medical condition was perceived in the past. Namely, characters or people with the mallen streak were associated with despair or even villainy.

Poliosis started being perceived as a sign of evil in the medieval ages. Back then, it was considered a witch’s mark, a bodily feature that European witch-hunters believed denoted a person’s (mostly women’s) association with the devil.

Today, however, the mallen streak has started to lose its notoriety and has become a style associated with alternative fashion. 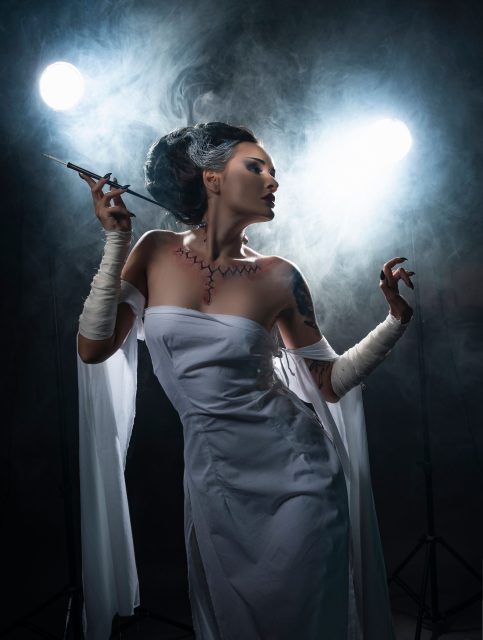 The Mallen Streak In Pop Culture

Characters in movies, television, or books that have the mallen streak are more often than not portrayed as evil or straight-up villains. Most of these characters do not have a natural mallen streak but rather one that appeared as a result of some kind of trauma in their past.

In the movie Sweeney Todd: The Demon Barber of Fleet Street, Johnny Depp plays the barber taking revenge for the murder of his wife. His character has a prominent mallen streak, which reflects his dark demeanor and villainous character. According to actor Johnny Depp, Sweeney Todd’s streak was caused by the traumatic experience of the death of his wife.

The iconic character Cruella de Vil from the Disney cartoon 101 Dalmatians is a clear villain who has a mallen streak. Her hair is half-white, half-black. The cartoon never mentions why, but it’s a perfect example of how characters who have a mallen streak are portrayed as especially evil.

Cruella De Vil is the archetypical angry suburban motorist and when the studio wanted to convey her sociopathy they knew just how to do it. In this essay I will… pic.twitter.com/JEOyokOlAk

In the book series Percy Jackson and the Olympians, Percy Jackson and Annabeth Chase are examples of characters who develop a mallen streak due to trauma. Their streaks appear after they’re put under the extreme stress of holding up the sky in The Titian’s Curse.

In Marvel’s X-Men comics, a few characters have a mallen streak. Rogue has a streak of white hair either from her temples or from the top of her head. In the more recent X-Men movies, Rogue has dark hair and develops a streak as she uses her powers.

Other Marvel comic characters with white streaks in their hair are Mr. Fantastic from The Fantastic Four and Nick Fury.

Celebrities With The Mallen Streak

Characters in pop culture with the mallen streak often appear as villains. This reflects societal perceptions that work to shun anything out of the norm. However, many people are now reclaiming the mallen streak, transforming the negative connotations about it into something cool and stylish.

Stacy London is one such individual. An American fashion consultant, stylist, magazine editor, and author, London co-hosted What Not To Wear, a reality makeover television show. When working a shoot with Pantene, London forbade anyone to touch her mallen streak, saying that it was a part of her and she was proud of it.

Richard Madden is another celebrity with a mallen streak. He’s famous for roles in the TV shows Bodyguard and Game of Thrones. He often dyes his hair because of the characters he plays. However, outside of acting, he leaves his natural streak and says that he’s not ashamed of it. In one of his more recent roles in The Eternals, you can hardly see Madden’s streak. 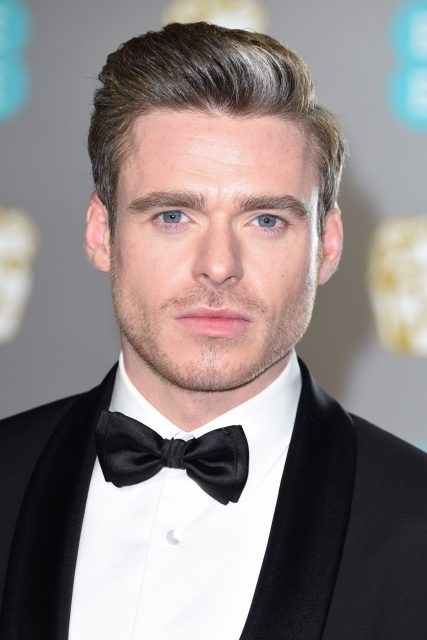 Michelle Visage is an American media personality, singer, TV host, actress, producer, and former showgirl. She’s now a permanent judge on RuPaul’s Drag Race after making her first appearance on the show in 2011. Visage embraces her silver mallen streak after some encouragement to ditch the hair dye and let her natural color grow. 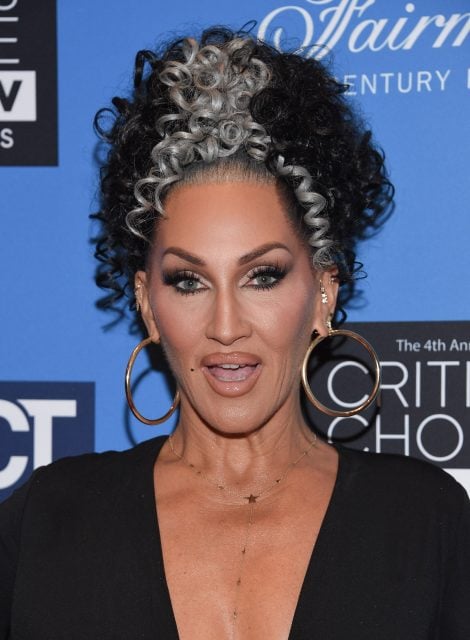 Claire Saffitz is an American food writer, chef, and YouTube personality. She rose to notoriety as a contributing editor for Bon Appétit magazine, starring in several series on their YouTube channel. She now hosts her own YouTube channel and develops recipes for New York Times Cooking. In an interview with Into The Gloss, Saffitz said she started getting streaks when she was in college. She originally started dyeing it, but eventually grew tired of the work it required. “It was part of this thing around the 2016 election where I felt like I had better things to do than trying to hide my hair color,” said Saffitz. She now embraces her hair as part of her very recognizable look.

Though the mallen streak has had negative connotations for a long time, it’s now becoming more celebrated in pop culture and the fashion industry. Society’s views aren’t so black-and-white anymore, so people are more open to embracing looks that deviate from the norm.

The Mallen Streak: Where Did It Come From?