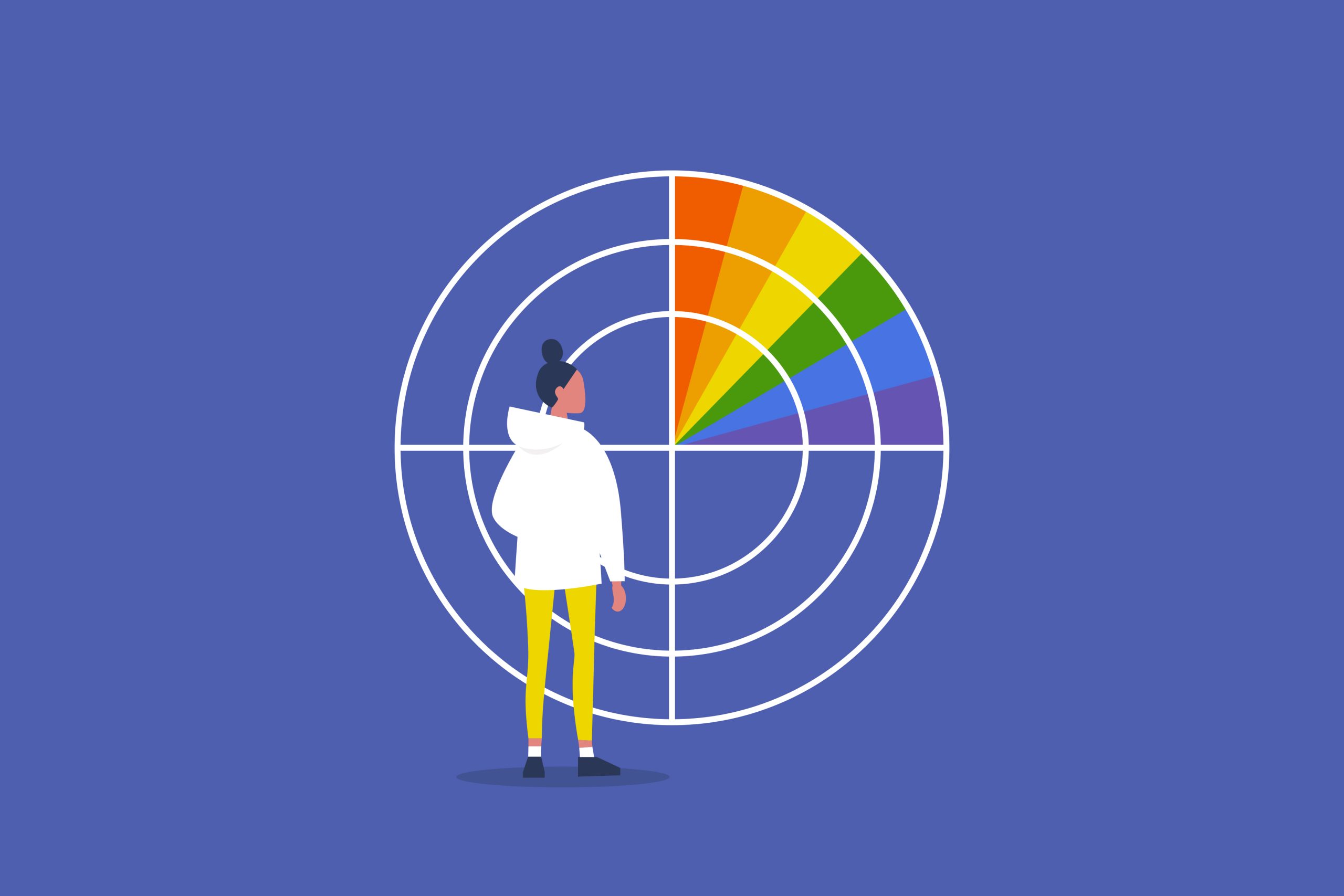 How To Tell If Someone Is Gay: Dispelling Myths & Outdated Stereotypes

“Gaydar”, “gay face”, the “gay ear”. These are terms that speak to a seemingly universal assumption—that it’s possible to determine someone’s sexuality based on their appearance alone. But is it really all that simple? Can people with a “strong gaydar” really sense whether someone is gay just by looking at them? Do some people really have an unmistakable “gay face” that easily gives away their sexuality? Is it really possible to tell if someone is gay? 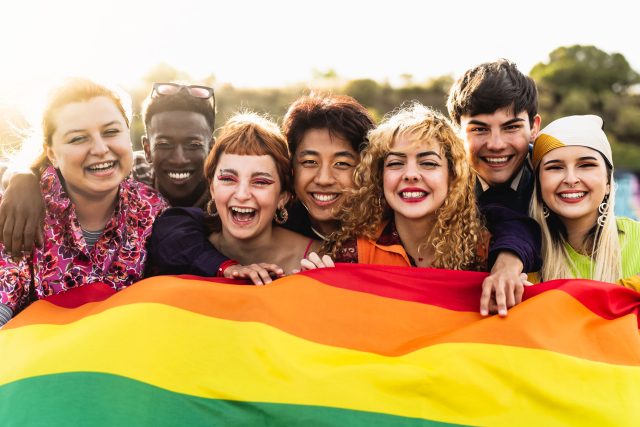 Can You Tell If Someone Is Gay Just By Their Appearance?

The short answer? No. You can assume someone’s sexuality based on certain stereotypes, but there is no surefire way to “clock” someone without actually getting confirmation from that person. A lot of people think that you can easily spot a gay person by looking for certain signs. An effeminate man who’s into fashion, makeup, and RuPaul’s Drag Race may seem like an obvious candidate. But these are just stereotypes of what a gay person might like, and they’re deeply rooted in homophobia and, to a certain extent, misogyny.

What Makes A Man?

Let’s face it, we live in a deeply heteronormative society. What this means is that we’re conditioned—be it by our families, schools, religion, authority figures, or the media—to believe that being cisgender and heterosexual is the default and “normal” modes of gender and sexuality. And with this belief comes assumptions about what it means to be cis and straight. For men, it means being masculine, assertive, dominant, and unemotional. It means being into traditionally “manly” hobbies like extreme sports, fishing, cars, and hunting. It means not being too flashy in terms of your personal style, and not being into “feminine” clothing like short shorts or tight-fitting jeans, or flowy tops.

When someone goes against the grain and looks, acts, or participates in things that are deemed “feminine”, people then tend to assume that that person is not a “real man”. In short, if they’re not into traditionally masculine things, then they must be gay, right?

Not quite. After all, there are plenty of gay men who are buff, into working out, present more masculine and don’t typically enjoy more “feminine” hobbies. There are also plenty of lesbians and bisexual women who don’t look or act “butch” and prefer wearing dresses and skirts, wear makeup, and have never picked up a drill in their lives. 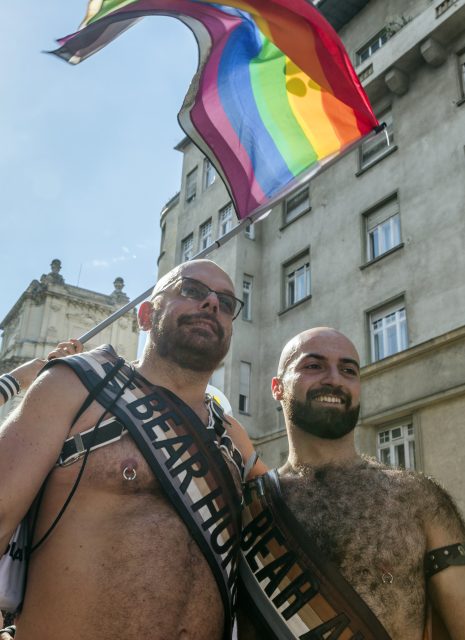 The best way to dispel the myth that you can easily tell if someone’s gay is by understanding the difference between sexual orientation, gender identity, and expression or SOGIE. These are all independent aspects of one’s personal identity.

This is your personal conception of your own gender. In other words, this is defined by whether you identify as a man, woman, or both/neither. Those who identify as the latter may be considered non-binary, agender, or genderfluid.

Doctors, family, and society, sometimes unwittingly assign people a certain gender at birth. Some of those people will grow up realizing that they don’t identify with that gender. That makes them transgender.

Your gender expression is how you express or present your gender to the outside world. This includes your behavior, mannerisms, speech, clothing, and hair.

But remember: a person’s gender identity and expression are fundamentally different from their sexual orientation. In other words, who you find attractive has no bearing on your gender identity or how you wish to express that identity.

As such, this makes the idea of “being able to tell whether someone is gay” based on their outward appearance, body language, hobbies, and interests moot.

How Do You Know If Someone Is Gay, Then?

The only surefire ways to know if someone is gay are actually quite straightforward.

1. They Openly Identify As Gay

If a person says they identify as gay, chances are, they’re gay. Only an individual can discern what their sexual identity is. It has nothing to do with how they dress, talk, express themselves, or what interests they happen to have.

2. They Are In A Same-Sex Relationship

Homosexuality is a sexual orientation—pure and simple. No types of clothing, manners of speaking, or hobbies inherently link to a sexual preference. Society’s assumptions, culture, or even just anecdotal experiences usually inform these associations with sexuality. If someone is clearly in a same-sex relationship that is sexual, romantic or both, then they are likely not heterosexual. However, it doesn’t necessarily mean they are homosexual – they could be bisexual, pansexual, or any number of other orientations. 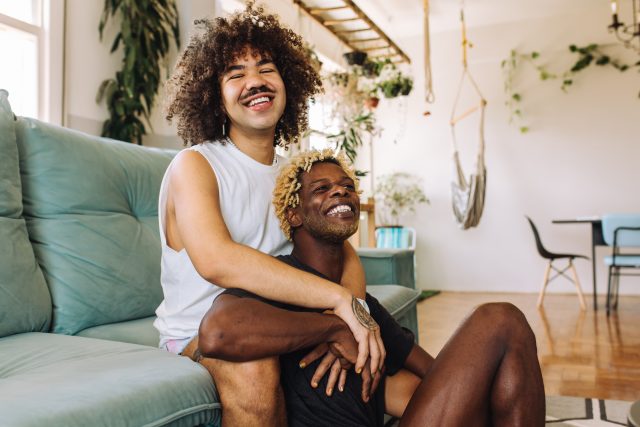 The societal expectations surrounding gender roles and sexual preference simply amount to assumptions influenced by stereotypes. There are certainly some cultural norms that are more common in people who identify as gay, so some of these norms may feel like obvious signs that indicate someone’s sexuality. However, it’s not fair to make assumptions about anyone’s sexuality, and it’s always best to keep an open mind.

How To Tell If Someone Is Gay: Dispelling Myths & Outdated Stereotypes