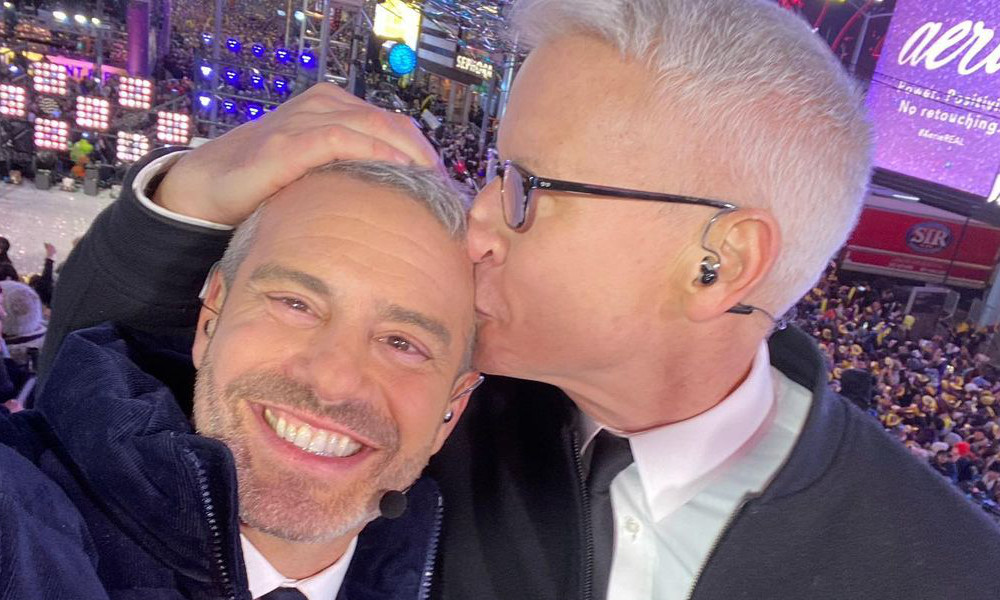 Will Andy Cohen and Anderson Cooper Become A Thing?

For years fans have wondered if Anderson Cooper and Andy Cohen have ever been a thing.

While Andy and Anderson seemingly have a great friendship, their chemistry is undeniable. The two are currently single, and raising children, so the question has come up once again as to why they haven’t dated.

Cooper and Cohen first were introduced in the 90s when they were set up on a blind date. However, in a phone call before the date, Cohen broke Cooper’s “cardinal sin.” On Watch What Happens Live in December 2016, Cooper said Cohen “mentioned my mom within the first four sentences of meeting me.” “It wasn’t even a question. It was just like, ‘Your mother’s Gloria Vanderbilt.’ I was like, OK, this is not happening.”

A New Phase of Life

Since then, their friendship has spanned over 25 years, and now the two are entering another phase of their life together- fatherhood. In February 2019, Cohen welcomed his son Benjamin Cohen and shortly after, in April of 2020, Cooper also had a son named Wyatt Cooper.

In November 2020, Cooper joined Anderson’s show on SiriusXM, Radio Andy, to discuss their children and their friendship. “The highlight of my week for the last couple of months has been taking Ben over on Saturday or Sunday, and we have a little hangout with Wyatt for a couple hours,” Cohen said. “I feel like for the first few times, Ben didn’t really want anything to do with Wyatt or to even acknowledge him but I feel like last night was kind of a milestone, don’t you?”

To which Anderson agreed, saying, “Yeah it was sweet ’cause I was playing with them both and Ben kissed Wyatt on the cheek and hugged him and it was so cute and he did that a couple times. And my heart kind of melted.”

Related | Andy Cohen Talks About His Relationship With Anderson Cooper

But it sounds like the two only plan on staying friends. Cohen recently sat down on The Howard Stern Show and shared why despite seeming like the perfect match, the two have kept “from falling in love with each other.”

“We’re not in that place,” he admitted. “It’s not what our relationship is based on. We’re just friends. That’s not a part of it.”

Cohen explained their relationship has evolved past the point of romance. “At this point, we know each other too well,” he said. “We’re not attracted to each other that way.”

So the two are just friends who will continue to celebrate New Year’s Eve on CNN live from Times Square. The network told PEOPLE, Cohen would return to ring in 2023 even though he had a little too much to drink and “said something he shouldn’t have on live tv.”

Will Andy Cohen and Anderson Cooper Become A Thing?