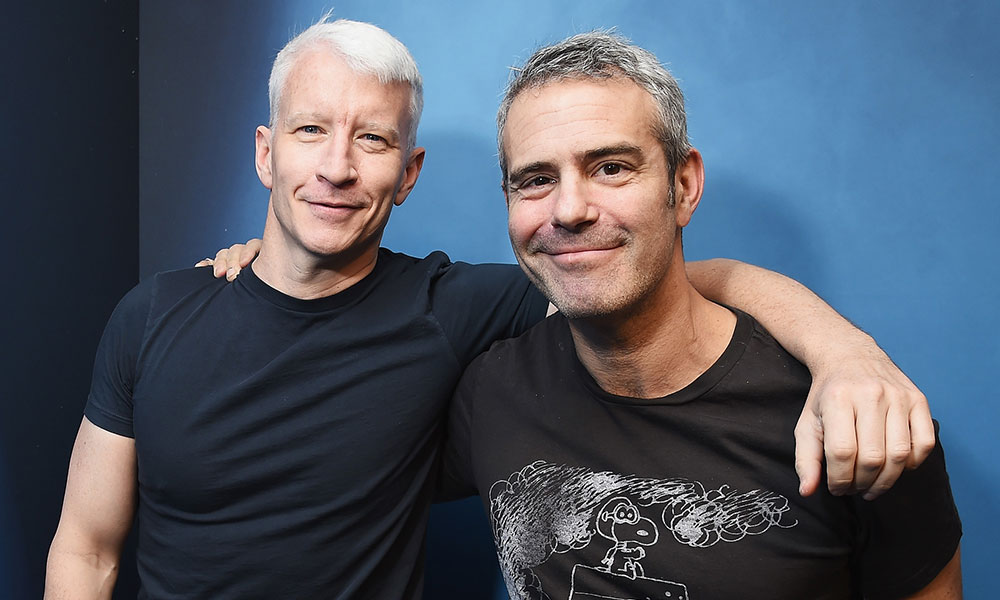 Andy Cohen and Anderson Cooper Hooked up With the Same Guy

Andy Cohen says he and Anderson Cooper are “eskimo brothers”.

First, let’s address the elephant in the room; the term “Eskimo brothers” is offensive and discriminatory. It’s unfortunate that Andy Cohen felt the urge to use the phrase on his show, Watch What Happens Live! (WWHL). The phrase “Eskimo brothers” comes from the incorrect assumption that Inuit men shared their spouses as a form of comradeship.

Cohen and Anderson Cooper are excellent friends; they go on vacation, host shows together and share lovers.

During an episode of WWHL on Sunday, Cooper joined his friend for a game of “One, Two, AC!”. Then, Real Housewives of Atlanta star Cynthia Bailey asked Cohen and Cooper to reveal the one thing that fans don’t know about them.

“That we’re Eskimo brothers,” replied Cohen, adding that “you gotta look it up on Urban Dictionary, I can’t say it on the show.” Cooper laughed, responding, “I don’t even know if that’s true.”

Finally, Cohen remarked, “It’s true, we just found this out a few weeks ago.”

Watch the clip below.

Andy Cohen and Anderson Cooper Hooked up With the Same Guy