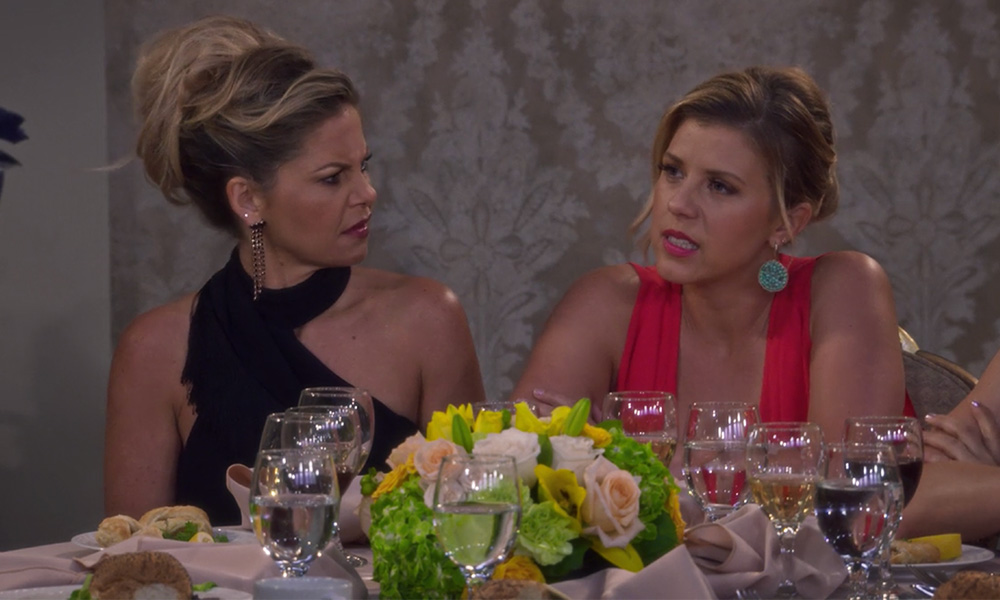 Stephanie Tanner, an original Full House character, had a girlfriend.

In its latest season, the Netflix original Fuller House revealed Stephanie Tanner (Jodie Sweetin) is bisexual. The spinoff series of the popular sitcom Full House, which aired in the late 80s and 90s, follows the lives of Stephanie and D.J. Tanner (Candace Cameron Bure). In the spinoff, mother of three D.J. and her younger sister return to their famous childhood house to live together with their friend Kimmy Gibbler (Andrea Barber).

Stephanie Hints at Being Bisexual

In the eighth installment of season four, Stephanie opens up about her relationship with a woman. In the episode, they attend an awards ceremony for best veterinarian in the Bay Area. Of course, D.J. wants to win, but the award goes to her former fiancé and business partner.

Stephanie makes a joke that implies she has dated both genders. “His clinic was only open for three weeks! I had a girlfriend longer than that!” she quips.

D.J. responds with a confused “Wait. What?” and Stephanie’s friend Gia (Marla Sokoloff) bursts out laughing.

Although it’s unlikely the show will explore Stephanie’s bisexuality, the storyline could reveal more of the characters past.