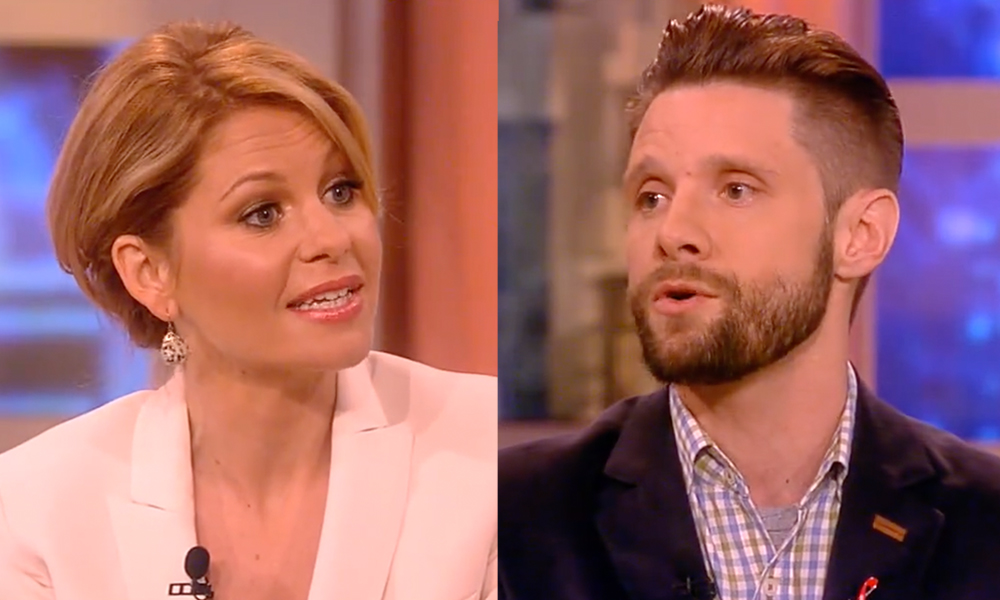 Danny Pintauro, best know for his role as Jonathan Bower on Who’s The Boss, recently came out as HIV positive. His proclamation has inspired mainstream media outlets, such as The View, to discuss HIV. After appearing on the daytime talk show to discuss his status, the LGBT community is up in arms regarding Candace Cameron Bure, a new panelist for the show best known as DJ Tanner on Full House, and her questions regarding Pintauro’s choices that led to his positive HIV status

“I want to know, do you take responsibility for your actions? For being promiscuous, going into a lifestyle of having heightened sex because of the meth that you were using? I want to know what the message is. Because you want to be the face of HIV, to give that a face. But what is the message that you have? What does that mean?” Bure asked.

Although many LGBTs are angry with Bure’s questions, she never criticizes, blames, or implies that Pintauro became HIV positive because he’s gay. Instead, she focuses on his recreational drug use and poor decisions.

“I want to know, do you take responsibility for your actions? For being promiscuous, going into a lifestyle of having heightened sex because of the meth you were using?”

By disclosing his current medical condition and previous substance abuse,  Pintauro is using his platform, with the assistance of shows like The View, and reporters like Bure to prompt dialog about two detrimental conditions plaguing the queer community — unsafe sex and drug use, which according to Independent, a UK publication, is 7 times higher in the gay community.

We commend Pintauro for taking responsibility and being transparent. It is imperative to not only discuss the disease but the actions that can cause life-altering consequences. As for Mrs. Cameron-Bure, cut her a little slack. If we kill her with kindness, we might just gain another ally, right? You can watch the full interview here.