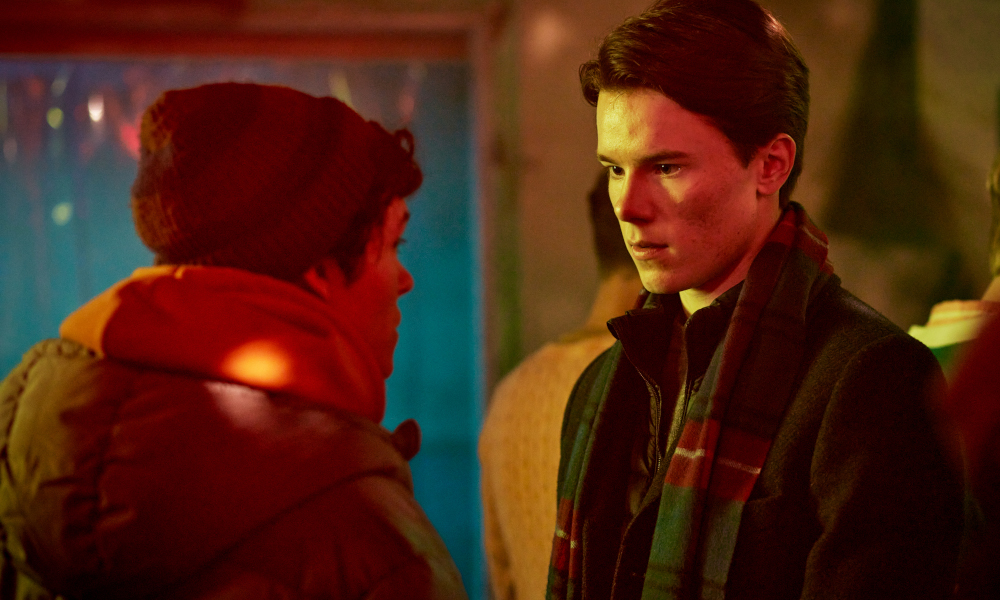 Watch: Wilhelm and Simon Are Broken Up in ‘Young Royals’ Trailer

Will they be able to reconcile by the end of season two of Young Royals?

Prince Wilhelm of Sweden (Edvin Ryding) and his classmate Simon (Omar Rudberg) are recovering from a painful breakup at the start of season two. The adored LGBTQ+ Netflix series wrapped its final episode of season one back in July of 2021 and left fans begging to know the future of their favorite couple. Will Simon forgive Wilhelm? How will the young prince handle his relationship with his cousin? Let’s dive in!

The trailer is brimming with drama and seems to hint that the road to recovery will not be easy. Even after Wilhelm proclaims his love for Simon in front of the entire school, he’s still not ready to forgive him. Even worse, Wilhelm has thrown caution to the wind, letting his emotions take the lead.

The official synopsis for the season reads, “a winter break has passed, and Prince Wilhelm and the rest of his classmates are back at Hillerska. When Wilhelm tries to take revenge on August, and win back Simon’s trust, he creates problems that threaten the entire monarchy.” Uh oh.

The Cast Reacts to Season Two of Young Royals

Ryding and Rudberg have not been quiet about their reactions to this season’s chaos. During an interview with Gay Times, Ryding said he was so overwhelmed by Wilhelm’s plot he had to take a moment to separate himself from his character.

“I thought, ‘How will I be able to defend this, as an actor?’ But then I realized I shouldn’t defend this,” he continued. “This is Wilhelm, he’s coming from this place and this is the way he reacts to it. Once I figured that out, it was super fun.”

Rudberg, on the other hand, is excited for fans to experience the drama of season three. “I just love when stuff happens and this season never gets boring because there’s a lot going on.”

Young Royals will join other queer titles on Netflix like Heartstopper, Sex Education and First Kill.

Watch season two when it premieres on Netflix on November 1.

Watch: Wilhelm and Simon Are Broken Up in ‘Young Royals’ Trailer