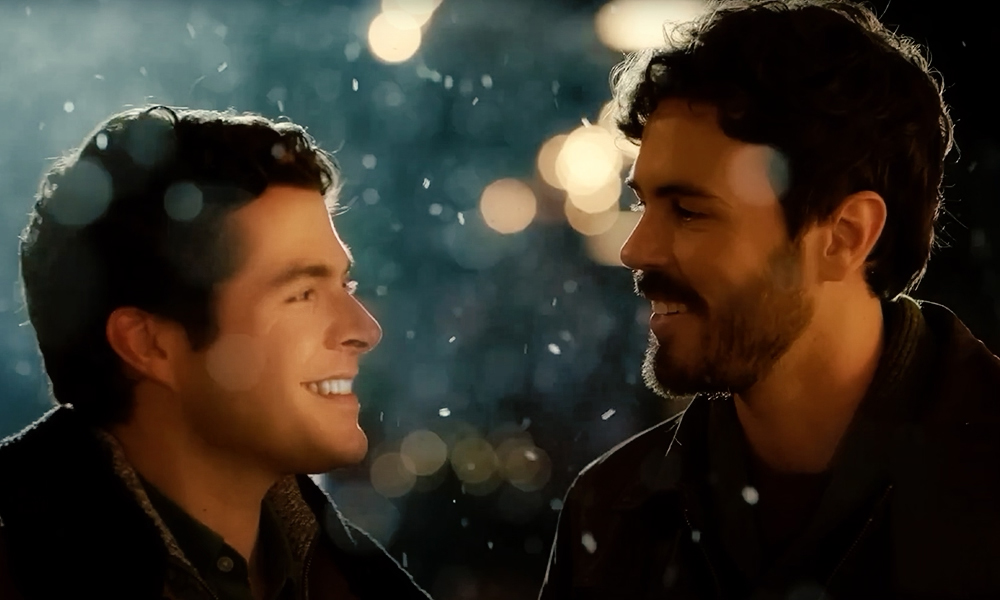 Watch the Very Gay Trailer for ‘The Christmas Setup’

Are you dreaming of a queer holiday season? Your dreams are about to come true; 2020 is shaping up to be one of the gayest years in holiday movie history. Last night, Hallmark Channel premiered The Christmas House, the network’s first queer-themed holiday film. If you missed it, don’t worry, you can stream it on their app. Plus, there are more LGBTQ+ holiday films on the way! Last week, Lifetime dropped the trailer to its upcoming movie The Christmas Setup, and later this week, Hulu will debut its highly-anticipated rom-com Happiest Season.

Starring Fran Drescher and real-life husbands Blake Lee and Ben Lewis, The Christmas Setup follows Hugo (Lewis), who goes home to Milwaukee for the holidays to see his mother (Drescher) and brother Aiden (Chad Connell). To celebrate the season, his best friend Madelyn (Ellen Wong) joined him for the trip. When he makes it home, it becomes apparent his mom is hoping to set him up with his best friend from high school, Patrick (Lee). Ultimately, Hugo will have to choose between finding love and his career, but we know how that will turn out.

This season’s lineup of LGBTQ+ holiday films is unique in that most cast queer actors in queer roles. The Christmas Setup took it a step further and cast real-life husbands as the lead characters. Now, that’s something worth celebrating.

The Christmas Setup debuts Saturday, December 12 at 8 p.m. ET on Lifetime. Watch the trailer below!

Watch the Very Gay Trailer for ‘The Christmas Setup’