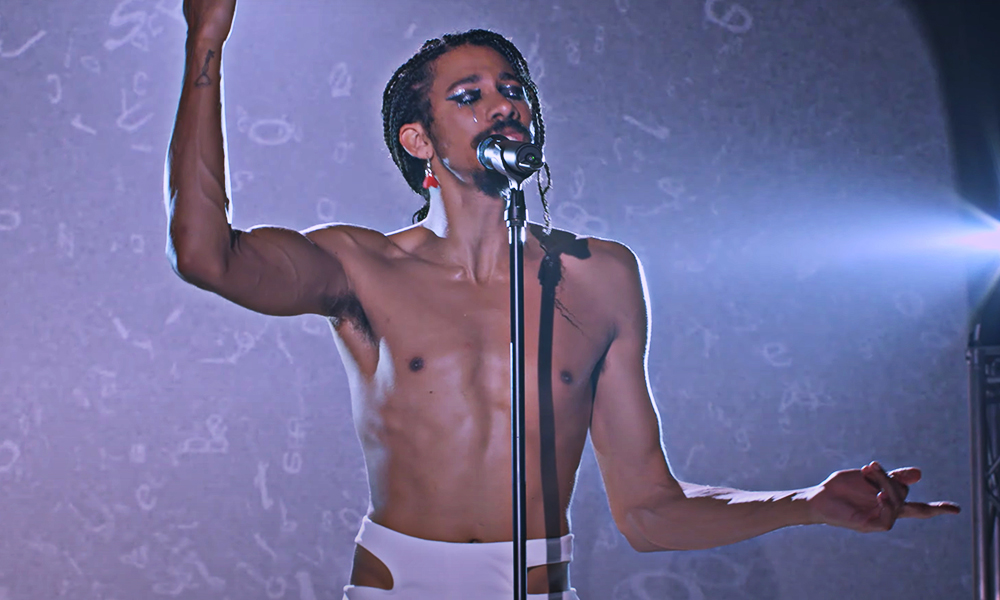 Livestreams during the COVID-19 pandemic tend to go one of two ways; the artists either perform from their bedrooms and record using a webcam or go all out and put on a full-on stage show without an audience. Australian actor and artist Keiynan Lonsdale opted for the latter. On October 9, Lonsdale performed for Billboard Live At-Home Pride Edition benefitting two queer, Black-led organizations, Black Youth Project 100 and Black Rainbow.

Joined accompanied by a band and dancers, Lonsdale took to the stage and served exciting versions of three tracks from his critically-acclaimed debut album, Rainbow Boy, which came out this year.

Lonsdale kicked off his set with “Gay Street Fighter,” a song about feeling annoyed by homophobia and touches on celebrating personal pride. He and the dancers explored this theme by sporting black paramilitary-style costumes. Lonsdale nailed the choreography and easily transitioned between brazen rapping and dreamy crooning.

He followed up with “White Noise“, changing into bright white pants and taking off his shirt. A superb saxophonist and a tap dancer joined him for an attention-grabbing finale. “When we dance, let’s dance together,” he purred. Lonsdale concluded the performance on an upbeat with “Chocolate,” a funky psychedelic-soul banger.

Taking a break after 13 uninterrupted minutes of singing and dancing, the Love, Simon star thanked Billboard and mentioned Black Youth Project 100, the charity he wished to support with his performance.

Watch the full set below.