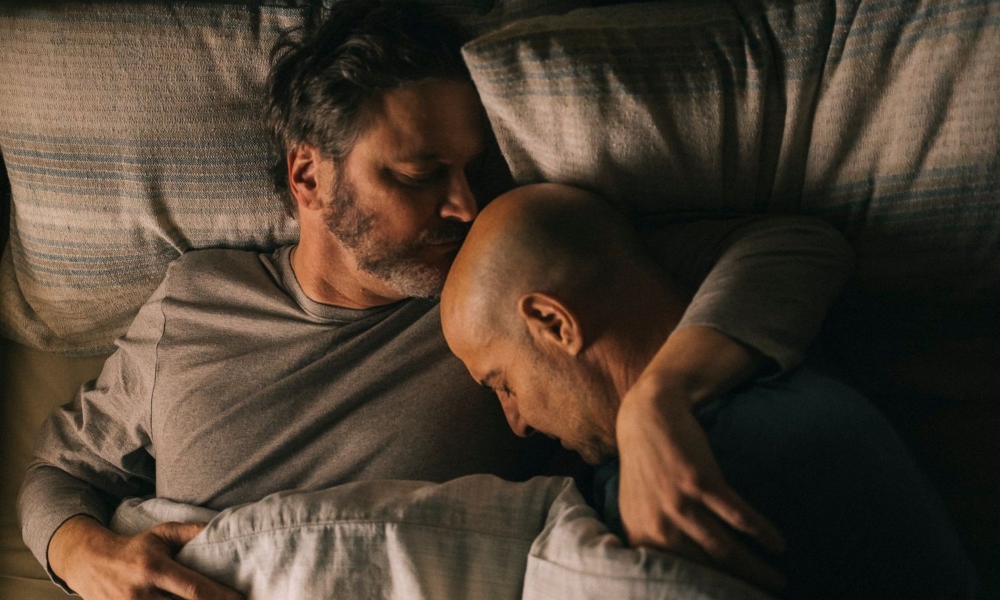 Supernova, which officially hit theaters in the U.S. on January 29, 2021, simultaneously reaches for the stars and deeply grounds its characters in the reality of mortality.

Sam (Colin Firth) and Tusker (Stanley Tucci) are traveling in an RV on a road trip around England to a piano concert Sam will be playing in a few days. The two argue and bicker about almost everything while on the road, like whether or not to use paper maps or a GPS system that Tusker finds to be irritably insistent.

Tusker delivers a plethora of witty remarks, many of which are evoked from a desire to lighten an otherwise dark conversation. He was diagnosed with early-onset dementia two years ago and though both men try to deny it, his symptoms have only gotten worse. Even his passion for writing has become increasingly difficult since he last tried to put pen to paper.

Tusker also has a knack for astrology. It is not clear whether he picked this habit up before or after he found out about his illness, but it allows him to have what he most desires at this stage in his life, a legacy to leave behind.

Dementia is a horrid illness that can primarily affect one’s memory and ability to perform everyday tasks.

Writer and director Harry McQueen pulled from a personal experience when he decided to create a movie around the absolute evil of dementia. He spent time researching and familiarizing himself with onset dementia at the University College London.

The film is not the first of its kind to bring awareness to dementia, nor does it answer all of the questions and nitty gritty details of what effects dementia causes on the human body, but it does not need to. It serves to inform but more importantly, to stress the importance of life and of death. The film heavily hints at the beautiful history of Sam and Tusker and their reluctance to think of what a life without the other would look like.

Firth and Tucci have been friends for two decades with their first project together being Conspiracy, a historical drama released in 2001. Tucci read the script for Supernova first and secretly slipped the script to Firth before he told McQueen his idea to cast him as the second lead.

“Working together was a joy, to work with one of your best friends, the person that you loved so much, and whom you admire so much,” Tucci said of his time on set with Firth during an interview with GLAAD’s Anthony Ramos.

With their history and their love for one another, the two actors were able to achieve an organic chemistry so believable you would think the two had been married for years. Their conversations are never exaggerated for added effect or drama. Watching the film is like being the third passenger in the RV on a scenic route through one of the lower points of their lives.

Despite the plot revolving around two men in love, the film does not include any scrutiny of the couple’s relationship. “It’s just the way it is,” Tucci said. “Everybody in a loving relationship goes through the same things: Dignity, loss, trust, confusion, fear, death, illness, it’s all there. We’re all the same,” he continued.

The movie deals with intimacy and closeness as well as space. Sam and Tusker are crammed together in a small RV and later Sam’s adolescent bed, meaning personal space is not an easy commodity. But the space utilized here refers to the act of allowing the other person room to think and room to decide. Firth said the silence was one of the most appealing aspects of the script, “It’s so unusual to find something that’s got it. That’s wired in to have silences, you know, that we can inhabit, that this is not going to be afraid of space of, of what is not said.”

The score of the film by Keaton Henson is a beautiful juxtaposition of classical melodies and complete silence. Tusker’s deep secret is rooted in silence and physical space but may evoke even greater silences when it is discovered by Sam.

It is an incredible film that will move you to tears but also leave you inspired to make the most of the everyday.