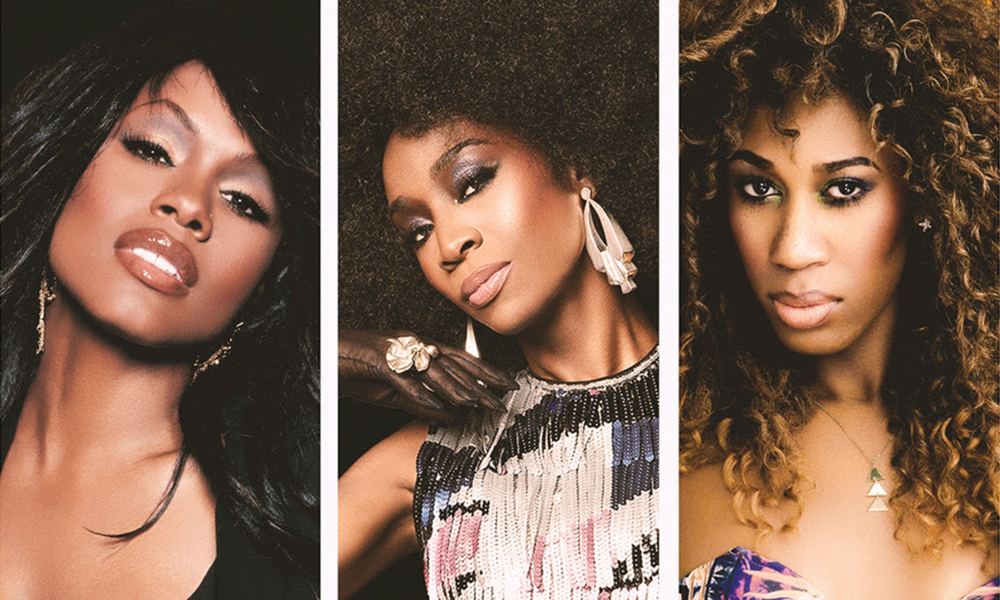 “Be Legendary. Be Necessary. Be Extraordinary.”

“Fierce” is an electro-pop anthem that doubles as a love letter and a rallying cry for transgender and gender non-conforming people of color. The danceable party tune “aims to enlighten, educate and celebrate” the trans community and their mission with a portion of the proceeds going to three transgender charities: The Sylvia Rivera Law Project, the Marsha P. Johnson Institute, and the GLAAD Transgender Media Program.

The song, produced by Andre Lindal and Anthony Preston, is making its debut to the world as a unique collaboration between three powerful women of the entertainment industry who all advocate for a future with transgender and racial justice.

DJ Ultra Naté is a 30 year veteran in the music industry. Her songs like “Free,” “If You Could Read My Mind,” and “Automatic” have climbed to the top of pop music charts, and she is currently working on her 10th studio album.

Mila Jam joined the party next. The pop recording artist, dancer, and actress also works with Out Leadership as a trans initiative supervisor and consultant and went viral when she released a photo of herself with the words “stop killing us” written on her body.

The final member of the group is award-winning actress Angelica Ross. She is well-known for her roles in the FX series drama series “Pose” and thriller series “American Horror Story,” but her impact stems beyond the entertainment industry into politics, business, and technology fields. Ross is CEO of TransTech Social Enterprises, a firm created to help find tech industry jobs for transgender people.

With the last year presenting more battles than any of us were prepared for from racial injustice protests, to the hostile political climate, all on top of the COVID-19 pandemic, people are eager for some hope in 2021. Hope might just be found with this record.

Gayety writer Caitlynn McDaniel spoke with the three women on how this collaboration came to be and what they hope listeners will take away from “Fierce.”

Jam said one goal for the song is to help educate people outside of the trans community, “I think we’re in a place in time right now, where there is such a high level of awareness of trans people and trans-ness that the next step for me is to incorporate that, we are your friends, we are your family, we are your partners and lovers.”

The song plays off of the modern influence of music and brings its message of allyship and togetherness to people through a universally loved activity, dance. “Everyone listens to music and this is a way to keep that so much more relatable,” Jam continued.

The song comes at a time when people need to hear this message more than ever. The violent killings of the queer community are a tragic phenomenon that has been plaguing humankind since the beginning of time. According to a report by the Human Rights Campaign Foundation, the numbers are not slowing down. 2020 saw at least 37 recorded deaths of transgender and gender non-conforming people since 2013 in the U.S.

The project contributes directly to fight these crimes through profits but dives even further to create a space for the queer community to feel safe.

“What I’ve recognized is in the industry, when we have these red carpet parties, these red carpet premiers or we’re having these things, now that there are more trans people in the space,” Ross said. “If the music is playing and we start making our own little party, the reality is, everyone who’s looking around wants to join the party.”

The song serves as an official invitation for everyone to join the party! Not only does the song encourage being “Fierce,” it calls for listeners to “be legendary. Be necessary. Be extraordinary.”

“I think it’s about being unapologetic for what your light is. Standing in your light and being okay with that,” Naté said about the motto. “And accepting your black girl magic and letting it shine and not being dimmed by anyone else’s judgment. Whether you’re cisgender or trans or whatever.

“Fierce” brought together a group of influential Black women, all on different tracks in their life, together to create this anthem for marginalized communities.

“And it’s no accident,” Naté said. “I don’t believe in accidents or coincidences. It’s no coincidence that, at this moment, what the three of us represent as individuals, comes together to make this powerful mixture, that’s going to push the messaging forward even further. It’s a really important moment for us all.”