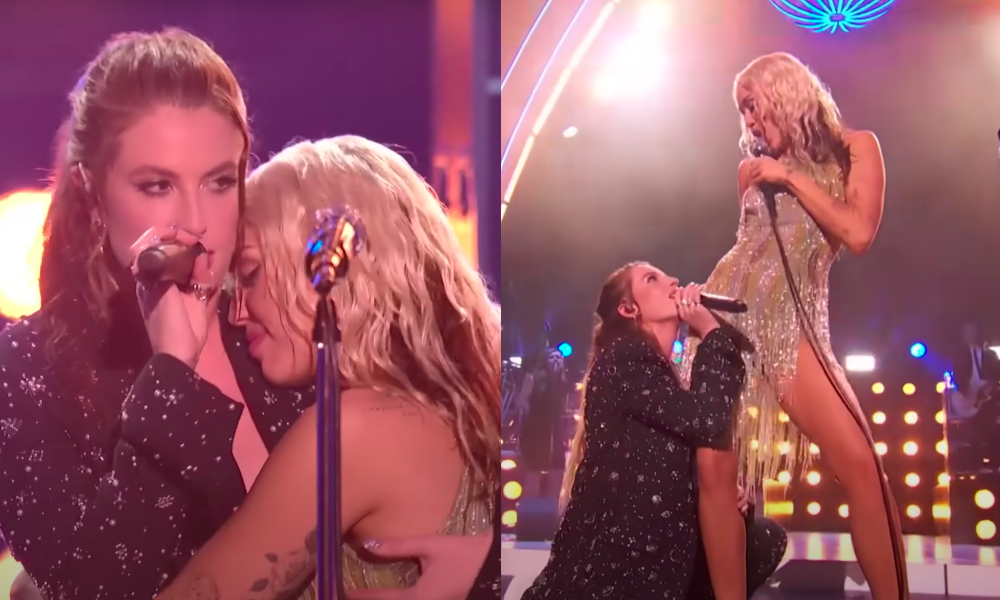 Is it just me, or is your entire TikTok feed filled with clips of Miley Cyrus and Fletcher performing together?

Miley Cyrus hosted NBC’s annual New Year’s Eve Party and brought along her godmother, country icon Dolly Parton, to help ring in 2023. Throughout the night, Cyrus dazzled the crowd with her duets with Parton and welcomed other performers such as rapper Latto, rock band Liily, Rae Sremmurd, and Sia. But the most memorable moment of the night for many was her performance with queer artist FLETCHER.

The night of flirting between the two women began while FLETCHER performed her hit song “Becky’s So Hot.” The singer switched out the lyric to “Miley’s so hot.” I don’t really blame her, I saw how good she looked that night. And every night. Moving on.

Later in the evening, Cyrus retook the stage to sing her 2020 release, “Midnight Sky.” As the second chorus approached, she surprised the crowd by inviting FLETCHER to join her. The two singers embraced as the “girls girls girls” singer sang the next verse. It looked like they could not keep their hands to themselves as they held hands, embraced, and sang while intimately looking into each other’s eyes.

The entire performance is mesmerizing, but the part that plays over and over in our minds is when FLETCHER gets down on her knees and holds onto Cyrus’ leg. This is what sapphic dreams are made of! It even had superstar JoJo Siwa drooling over on TikTok.

fletcher and miley raised millions for the lesbian community in less than two minutes pic.twitter.com/3W3lYlntIW

me waiting for miley and fletcher to kiss on the mouth pic.twitter.com/vl4MDmRDZu

Cyrus also made history during her incredible performance with Parton minutes before the clock struck midnight. The two started with Cyrus’ well-known breakup song “Wrecking Ball.” Parton took over the bridge and switched out the lyrics “I will always want you” to “I will always love you.” Of course, she then launched into her 1974 classic song. The emotional performance ensured there was not a dry eye in the place.

It’s clear 2023 belongs to Miley Cyrus, and she has new music coming to prove it. The 30-year-old announced a new single titled “Flowers” coming on her ex husband Liam Hemsworth’s birthday.