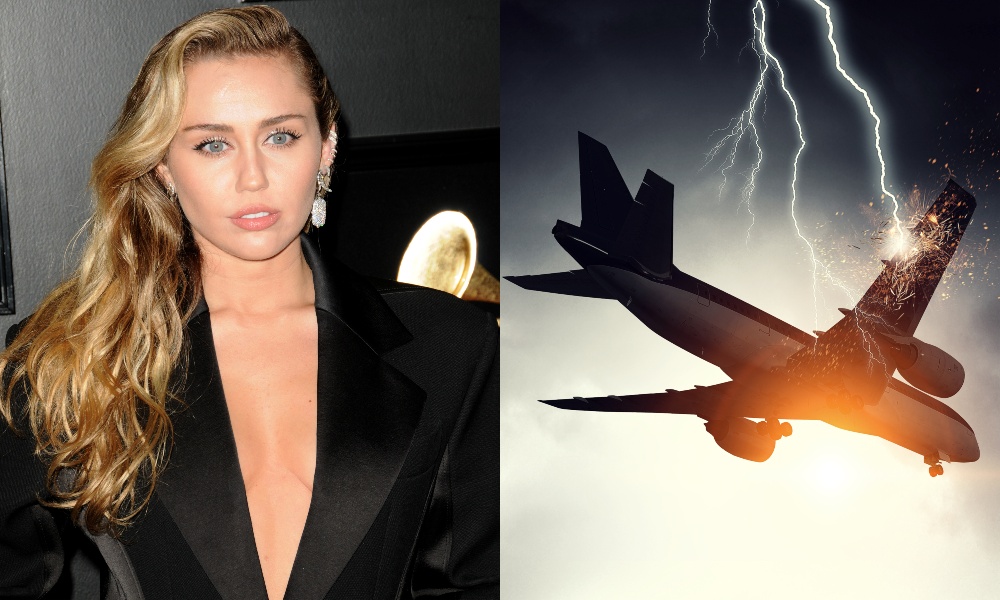 Miley Cyrus is safe and sound after a terrifying plane ride.

On her way to perform at a festival in Paraguay, Miley Cyrus‘ plane was forced to make an emergency landing after experiencing some extreme weather conditions.

In a post shared to Instagram, Cyrus let her fans know she is safe and no one on the plane was injured. Phew!

“To my fans and everyone worried after hearing about my flight to Asunción. Our plane was caught in a major unexpected storm and struck by lightning,” the singer wrote. “My crew, band, friends, and family who were all traveling with me are safe after an emergency landing. We were, unfortunately, unable to fly into Paraguay. 💔 I LOVE YOU.”

Accompanying the post was a video Cyrus took of lightning flashing outside the plane window and a haunting image of the damaged plane from the lightning strike.

Miley Cyrus to Perform at Asuncionico

The “We Can’t Stop” singer was slated to headline day two of the Asuncion music festival in Paraguay Wednesday night. The festival postponed the opening night of performances due to weather conditions. But this didn’t stop Machine Gun Kelly who tweeted he would be performing an impromptu concert outside of his hotel.

the concert grounds flooded in paraguay tonight so they cancelled our set…but i just ordered a huge speaker so meet me out front of my hotel right now, youre getting a show

Though Cyrus may not be able to perform at Asuncionico, the festival shared a video of her singing her 2010 release “Stay” for her fans.

Cyrus will perform at Lollapalooza Brasil on March 26.