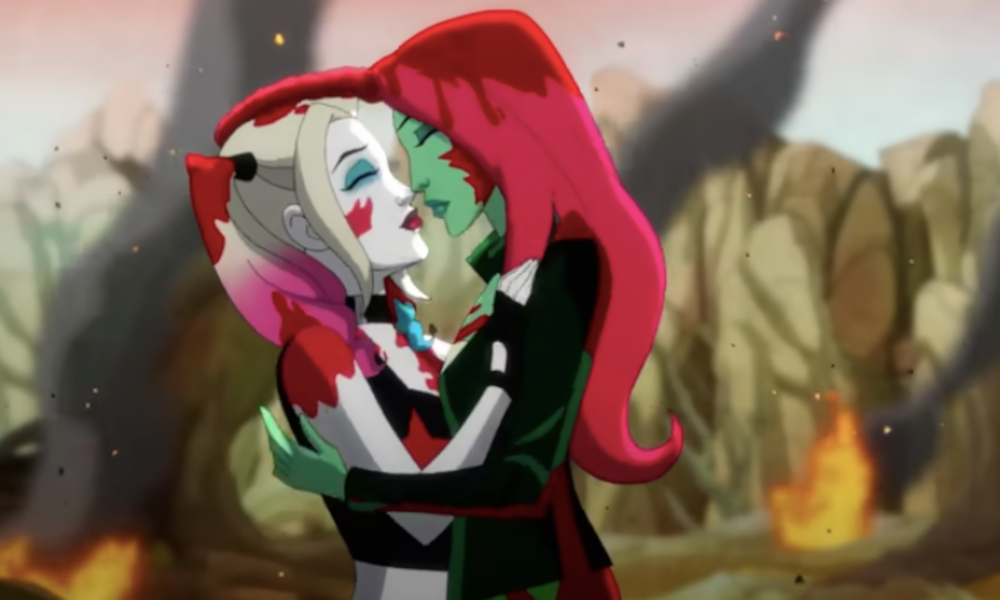 HBO Max released a new teaser for season three of Harley Quinn, and it’s even gayer than the last one.

After the epic finale of season two, we’re so excited to see Harley (Kaley Cuoco) and Poison Ivy (Lake Bell) enter the honeymoon phase of their relationship and continue to cause gruesome chaos alongside their friends.

Along with their ragtag crew – King Shark (Ron Funches), Clayface (Alan Tudyk), Frank the Plant (JB Smoove) – “Harlivy” strives to become the best version of themselves while also working towards Ivy’s long-desired plan of transforming Gotham into an Eden paradise, reads the season’s official description.

Showrunner Justin Halpern recently spoke with Entertainment Weekly about the future of the BFF GFFs and it sounds like this relationship is here to stay. But that doesn’t mean they won’t be facing challenges.

“The thing we have discussed preliminarily is the idea that these two characters have had a lot of toxic relationships in their past,” Halpern said. “Although Ivy and Kite Man weren’t toxic, it also wasn’t an equal relationship, you know? He loved her a lot more than she loved him.

“So this is the first time they’re both going to be in a relationship where they really and truly have affection towards one another. They have a lot of responsibility. So I think like, ‘what is it like to be in a good relationship after you’ve only ever been in bad relationships with abusive people?’ is a big theme we want to play with.”

The DC Universe series also promises a wetter, filthier, squishier, freakier, and creepier season. In Poison Ivy’s words: “It’s so fun. And then raunchy. And then a little scary.”

Harley Quinn will return with three new episodes on HBO Max on July 28.