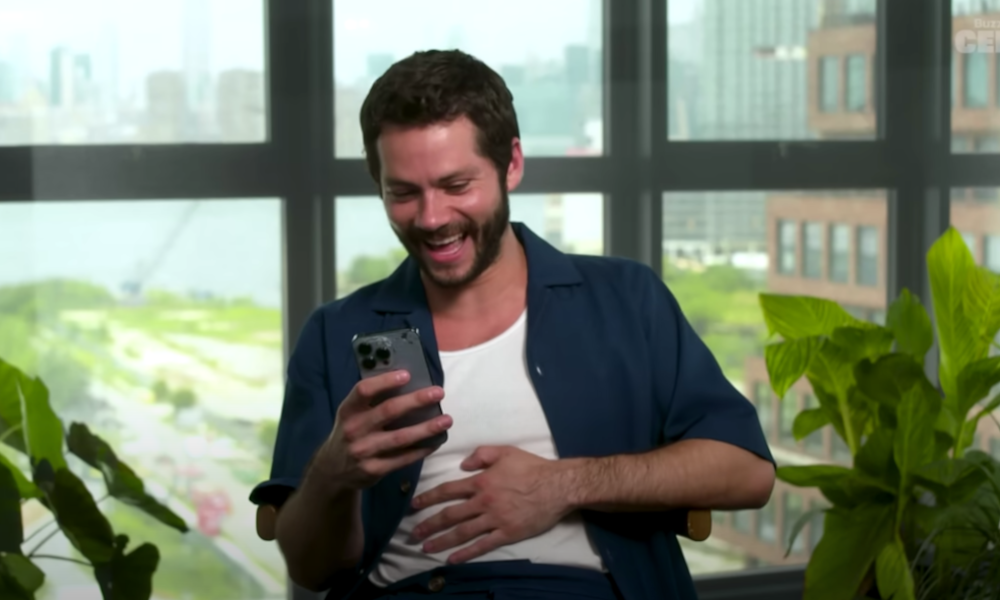 The star even walked away knowing a new word: Bussy.

We’ve been crushing on Teen Wolf heartthrob Dylan O’Brien for years. When he began filming for the dark satirical film Not Okay last summer, the internet nearly broke over his buzzed blonde hairdo and tattoos. Could he do anything to make us swoon over him more? The answer is yes.

O’Brien sat down with Buzzfeed while promoting his new movie. During the segment, the 30-year-old actor read thirsty tweets from fans that shocked him.

In the beginning, the messages were mild, with many users complimenting his looks, asking him to hang out, and saying they would let him “gaslight, gatekeep, girl boss” them any day.”

“Ah yes, all the manipulative tactics,” he joked.

Then things took a turn, and O’Brien could not contain his laughter. One tweet he read out said, “I cannot stress this enough Dylan O’Brien in Maze Runner could literally break my back like a glowstick.”

“And then it lights up,” O’Brien replied while giggling.

He especially liked the ones that complimented his butt. “Anytime I get a butt compliment, you’re invited to hang.” That sounds like an invitation to us. We are on our way!

At the end of the video, O’Brien is very moved by all of the messages, no matter how dirty they are. “I mean, my takeaway is like it’s an art, and it’s an art that I appreciate,” he said. “I think a couple made me agape, but like I don’t think there was any that, you know, I couldn’t handle. You know, I love it. I’m gonna make a burner account and do some of my own.”

“That was enlightening and gave me a little boost for the day to the ego,” he added while snapping his fingers.

You can watch the full interview here.