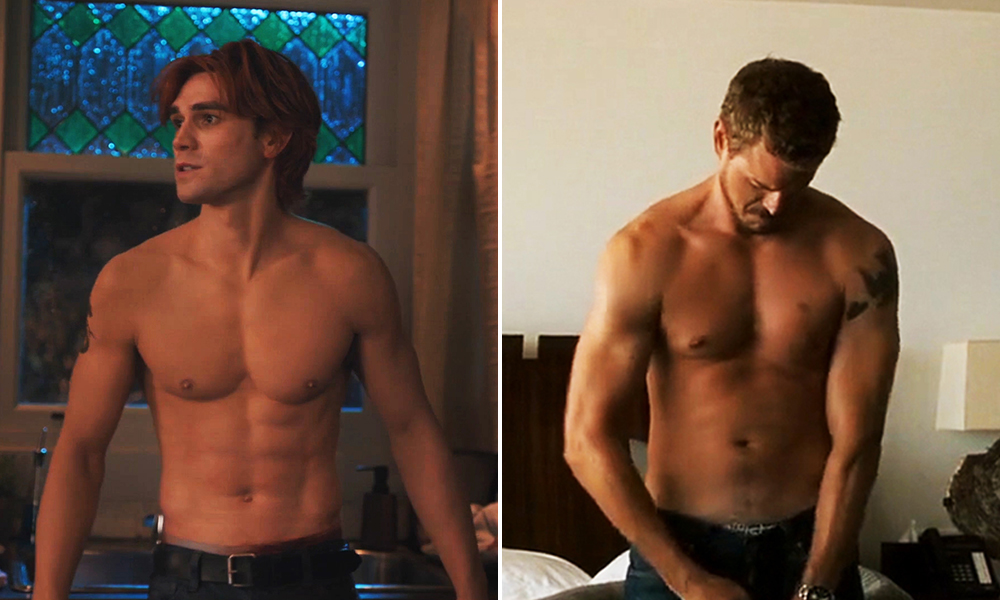 POV: It’s 2022 and every online interaction is either laced with irony or flat-out trolling you. We’re used to it by now, and if we’re being honest, we’re fully invested in the drama of it all. The most recent example is on KJ Apa’s Instagram. Over the weekend, the Riverdale star posted a picture of himself and Euphoria heartthrob Eric Dane. The pair were pictured getting cozy on the set of One Fast Move. Dane plays Apa’s father in the film, which tells the story of a dishonorably discharged soldier (Apa) who seeks out his father (Dane) to help him with his dream of racing Supersport motorcycles. Apa captioned the pictured “New couple alert!” to the delight of his followers.

Are Apa and Dane Dating?

All daddy issues jokes aside, are the pair really dating? Well given the fact that both KJ Apa and Eric Dane have yet to come out of the closet, the answer is probably not. After Apa shared a kiss with Joaquin DeSantos’ character in Riverdale, rumors circulated that he may be gay. From what we can tell these are just rumors. In a similar vein, Dane has spoken about his similarities to his character Cal Jacobs in Euphoria. Cal famously suppresses his sexuality in the series and instead lived a double life. In an interview with Vanity Fair, Dane explained that, although he shared similarities to Cal, they do not extend to sexuality. “I don’t know what it’s like to be Cal,” said Dane. “But I know what it’s like to live a double life.”

A Gay Can Dream

Alas, this seems to be another example of straight guys gaybaiting on Instagram. Still, it’s hard to pretend it didn’t make our hearts skip a beat. We’re not the only ones either. Andy Cohen commented on the photo saying, “I stan this couple.” Perhaps we’ll see Apa and Dane on screen in a more romantic capacity in the future. Get out your crystals gays, it’s time to manifest it. One thing is for sure—we’ll have to wait to watch Dane and Apa together in One Fast Move. No word yet on when the movie debuts, but things appear to be heating up, to say the least.