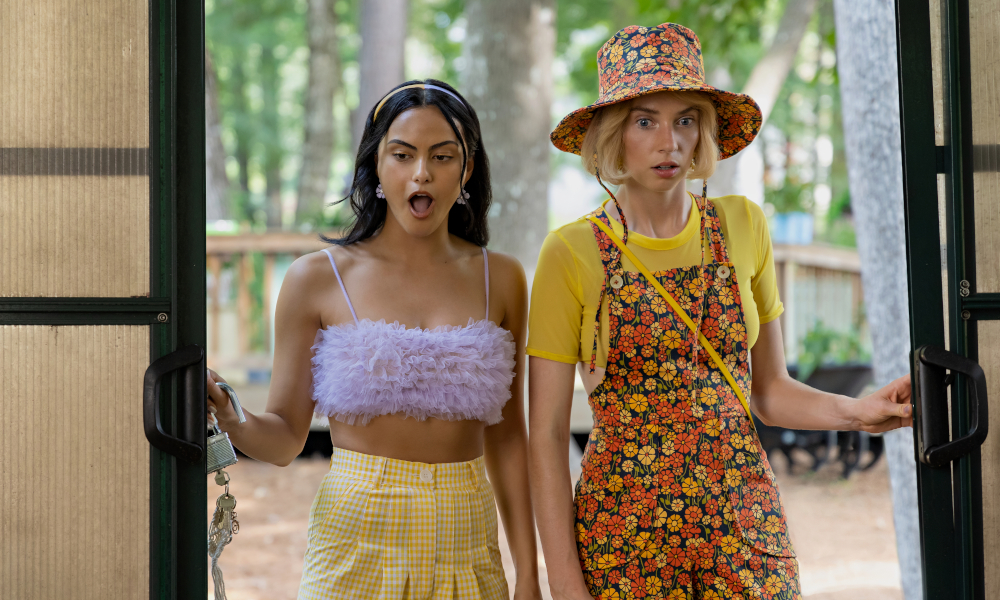 Are you ready to Do Revenge?

Netflix‘s latest dark comedy, Do Revenge, has Stranger Things‘ Maya Hawke and Riverdale actress Camila Mendes on a thirsty hunt for revenge. And yes, the storyline is queer! Though you had us at Maya Hawke…

DO REVENGE – (L-R) Maya Hawke as Eleanor and Talia Ryder as Gabbi in Do Revenge. Cr. Kim Simms/Netflix © 2022.

Drea (Mendes) is the Alpha it-girl at school before her boyfriend Max (Euphoria’s Austin Abrams) leaks their sex tape. She seemingly loses everything. Then she meets Eleanor (Hawke), the awkward queer transfer student who has her own high school drama. Her old bully Carissa (Ava Capri) goes to this school. She started a rumor when they were 13 at Summer camp that Eleanor pinned her down and tried to kiss her. Both hungry for revenge, the two team up and agree to take down each other’s bullies. 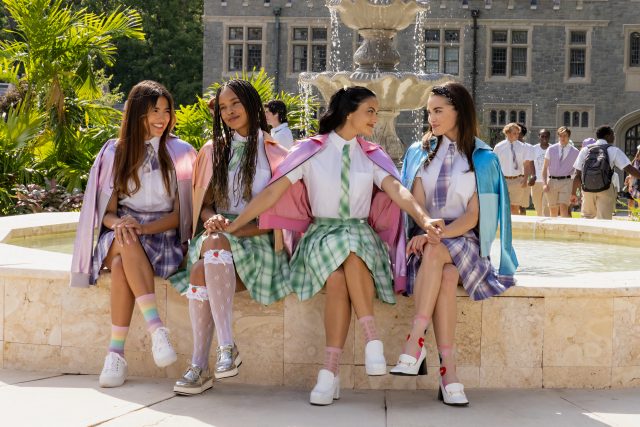 DO REVENGE – (L-R) Maia Reficco as Montana, Alisha Boe as Tara, Camila Mendes as Drea and Paris Berelc as Meghan in Do Revenge. Cr. Kim Simms/Netflix © 2022.

The new trailer for the film shows Drea giving Eleanor a cliche high school makeover to help her fit into the popular group and trick Max into trusting her. Meanwhile, Drea takes on Carissa.

If that’s not enough, the film also has Sophie Turner yelling at Camila Mendes. Plus, it stars Rish Shah (Ms. Marvel), Talia Ryder (Hello, Goodbye and Everything in Between), Jonathan Daviss (Outer Banks), and more.

See all of the messy drama unfold in the trailer below. Warning! The dark comedy stars one of the scariest protagonists of all: Teenage girls.

Do Revenge premieres on Netflix on September 16.