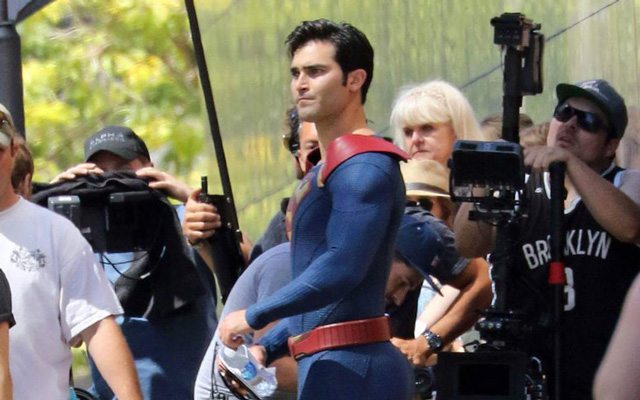 Tyler Hoechlin is playing Supergirl’s super famous cousin, Superman, on the CW’s Supergirl. Sure he’s cute, sexy and stronger than most heroes, but no one knew that Hoechlin would bring a new kind of hero, conveniently found in his glutes.

The former Teen Wolf star was on set when an image was snapped of him in his tight Superman costume. The second it hit the Internet, Hoechlin had a massive gay fandom. We’re not sure if he’s wearing butt pads or if his belt emphasized his backside, but if his ass is even remotely close to as large as it appears, I’m a fan.

Related: 7 Workouts to Get the Bubble Butt of Your Dreams

Hoechlin is in the first two episodes of Supergirl this fall, and we’re looking forward to it. We all knew he had the jawline, pectorals, and eyes of Clark Kent — but that ass is otherworldly. Check it out:

May we please discuss? #TylerHoechlin pic.twitter.com/c3mg9tEwIl