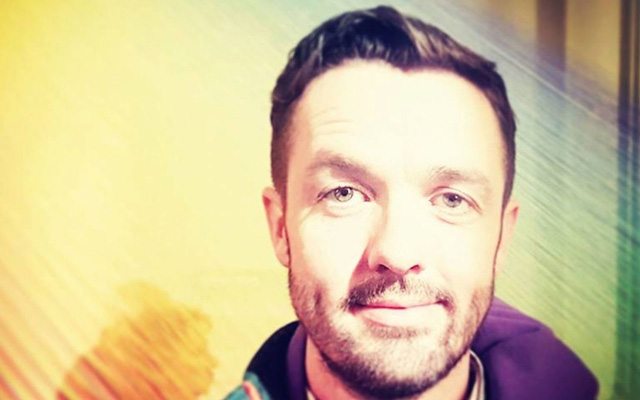 Michael Ferguson had always felt desperate to rid himself of his sexual attraction to men. After growing up in a Mormon household, he knew his devoted family would never understand, which is why he started the process of praying the gay away.

In a deep interview with Esquire, Ferguson opens up about what it was really like, and how he got desperate enough ever to think it would work:

“I grew up really happy in Mormonism,” he said to Esquire. “When I was on my mission I disclosed for the first time to a leader in the church that I was experiencing same-sex attraction. He told me to think vividly of the crucifixion of Jesus and the nails going into his hands. He was prescribing mental-shock therapy, a form of aversion therapy. Later, while enrolled at Brigham Young University, a bishop advised me to begin conversion therapy with a professional psychologist at the university’s counseling center… I totally had faith in it.”

Starting in 2004 at Brigham Young University, Ferguson was involved in various conversion therapy attempts through 2011. He tried nine different modalities, including an evangelical Christian group that tried to “pray the gay away” and a 12-step addiction recovery program. One in particular (the Journey Into Manhood Retreat) used psychodrama approach, depriving him of all communication: no computer, no phone, no watches, no clocks, and created scenarios with groups a to act them out with highly emotional arousal role-playing.

In one exercise, a group of twelve men formed a barricade, and someone had to break through to grab a pair of oranges on the other side — the oranges represented symbolically reclaiming your testicles. Once grabbing them, the person was coaxed into squeezing them and get worked up and roar and be a “primal” man that bites oranges and shoves them down their pants.

What is “golden father energy”, you ask?

“People that have a certain type of energy that can heal your childhood wounds. Somebody who possesses magical ‘golden father energy’ will be able to help unbind you from these developmental wounds that you are carrying. It’s part of the overall ideology of the program. A golden child is a child that was inherently straight but who was screwed up by their parents. You have to find the innocent place before you go off-track and start on the path to homosexuality…”

“The first introduction to healthy touch is having one man seated on the ground while another puts his head in his lap and the first man strokes his shoulder. The deeper that you get into these communities, the more physically intimate the positions become.”

Other exercises included some bondage work, whereby a person who was the subject of the psychodrama selected someone from the group to represent their mother. This individual put on women’s clothing — bras, wigs, dresses. The topic of the exercise would then be tied to them, and say needy phrases like “Don’t ever leave me! I won’t be able to exist without you!”

The exercises at Journey Beyond, which was the retreat people went to after Journey Into Manhood, almost exclusively involved nakedness.

“If you successfully prove your sincerity that you really want to overcome sexual attraction and you don’t “act out” with any men for a period of sexual sobriety, then you are qualified to do the Journey Beyond retreat. You go even deeper into your psyche, and you take even more of your clothes off.”

Ferguson had countless hours of private hypnotherapy sessions at $100 a pop. It was based on the theory that your homosexuality is related to absentee fathering and not having same-sex peers when you were developing and that you projected sexual desire onto the absence of these male relationships in your life.

“Under hypnosis, I was supposed to regress back to these places where the emotional attachment to my father supposedly should have been…. Once I was hypnotized the therapist told me I needed to take off your clothes in order to take off more of my inhibitions. He said that because of my addiction to men, he was inducing deeper hypnosis. He said that he needed to be the one I was attached to so strongly that it was going to feel like an addiction. That this was the only way to dig deep enough into my emotional memories and create an attachment to men and meet these unfulfilled needs from childhood development. Then, once they were met, I would be released from my homosexuality…. He blindfolded me and had me undress myself completely.”

To find out more about how to stop conversion therapy, and how Ferguson won the JONAH lawsuit, read the full story at Esquire.